When husband Ranbir Kapoor arrived at the airport to greet Alia Bhatt, she was clearly taken aback. Alia, who finished filming her first Hollywood movie, “Heart of Stone,” yesterday, has just arrived at the Mumbai airport. The actress’s baby belly was lovely, and it was impossible to overlook her pregnancy glow.

She folded her hands in gratitude as the enthusiastic photographers congratulated her on her pregnancy. She was taken aback to discover Ranbir seated in her car as she walked up to it. Alia and Ranbir hugged each other warmly and joyfully. 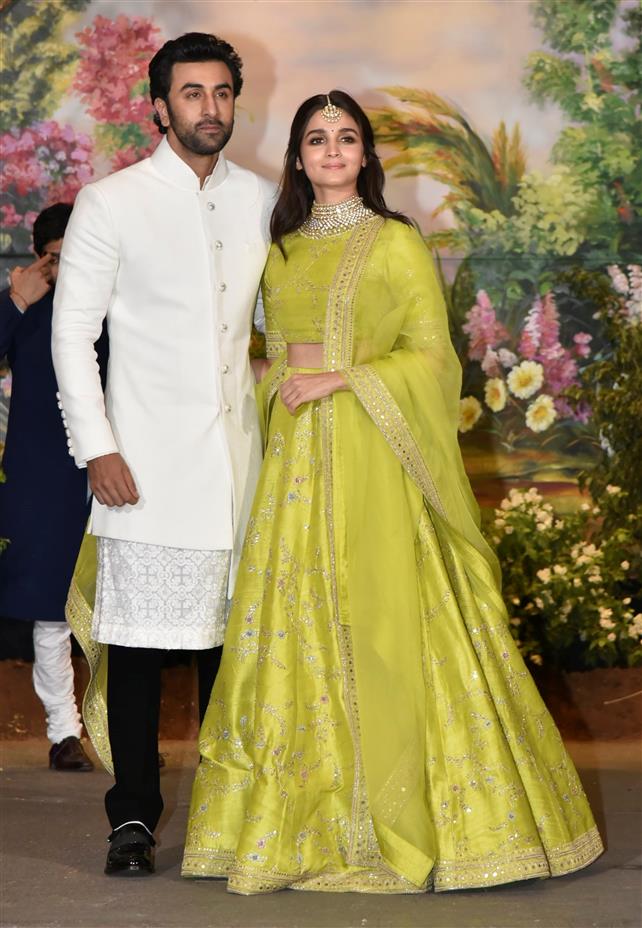 Alia recently arrived in Mumbai after spending weeks in London for the Heart of Stone filming. She wore a white tank top with a pair of flared black slacks, looking casual yet put-together.

She added a white shirt that was too big on top of it. In addition to wearing a mouth mask, Alia had her hair down. She added a sling bag and a pair of white sneakers to finish the ensemble. Her baby belly was really noticeable, and she looked just gorgeous.

As they took pictures of Alia, the paparazzi delightedly congratulated her on her pregnancy. One of them was heard repeating Ranbir’s recent comments to the media, “Koyi chacha ban Gaya, koyi mama ban Gaya (Some have become chacha, some others, mom)” while others said “Badhaai Ho” and “Congrats”. Alia folded her hands in gratitude for the wishes of the paparazzi. She was obviously shocked when they told her that Ranbir had come to welcome her home. She stepped inside the car, and on seeing him, joyfully yelled ‘RK!’ and hugged Ranbir instantaneously.

Alia shocked everyone a few weeks ago when she revealed her pregnancy on social media. She tweeted a picture of her lying on a hospital bed, with Ranbir seated beside her with his back to the camera.