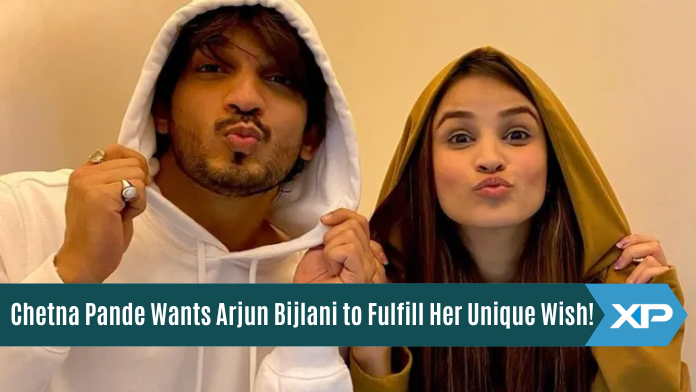 TV veteran Arjun Bijlani has been working in the business for almost a decade. Audiences have responded well to the actor’s performances on several hit shows. Regarding his private life, Arjun is married to Neha Swami, and the two of them have a kid named Ayaan. This actor is currently hosting the variety show Ravivaar With Star Parivaar.

Arjun’s jovial personality has made him a hit, and he often provides entertaining content for his followers in the form of videos. He has a huge online following from his role in Ishq Mein Marjawan, and he uses social media to keep his followers informed. In a recent video, the actor can be seen chatting with Chetna Mann, who was on Khatron Ke Khiladi Season 12.

Chetna Pande and Arjun Bijlani Make a Fun Video Together

The actor has been in several hit series, and his acting skills have garnered widespread acclaim. With Neha Swami, Arjun has a kid named Ayaan, and he also has a family life. The actor currently hosts the entertainment reality shows Ravivaar With Star Parivaar.

Arjun’s zany personality has made him a hit, and he often delights his followers with hilarious videos. The actor recently posted a video featuring Chetna Mann, who was on Khatron Ke Khiladi Season 12. In the hilarious video, Chetna promises to pay 1 lakh to the person who grants her desire.

Arjun affirms that this is true. So Chetna answers, “Okay, give me 2 lakh rupees,” which leaves him completely flabbergasted. As the captions put it: “When 2 Lalchis meet. To the moon with money! Hashtag: “#masti #fun #trends #reelkarofeelkaro”

‘As per reports #rannvijaysingha would no longer be a part of #splitsvilla and #arjunbijlani has been approached for hosting,’ said the caption of this post. On the other hand, no evidence supporting this has been found as of yet.