Several media outlets have reported that veteran actor Dharmendra was hospitalized since the morning. The elderly actor was reportedly brought to Mumbai’s Breach Candy Hospital.

According to a number of reports, he is in a critical condition. Bobby Deol, the senior actor’s son, after the story, went viral. In a statement, Dharmendra’s Aashram 3 co-star denied reports of the actor’s hospitalization.

Dharmendra at His Home

Bobby Deol told that his father, Dharmendra, is fine. “He’s in perfect health. He is recuperating at home. He’s doing fine, thank you. Please accept my heartfelt gratitude “As Bobby informed us through telephone,

Fans of Dharmendra can breathe a sigh of relief now that Bobby has dispelled the rumors about the actor’s hospitalization. We’re happy to hear that Dharmendra is on the road to recovery, as Bobby indicated.

In the past, Dharmendra shared a video on social media when he returned home from the hospital and was well enough to do so. He can be heard stating, ” “Don’t go overboard with anything. I went through with it, and I’m glad I did.

I had to go to the hospital because of a severe muscular strain in my back. My time in that country was difficult for a short period of time. Now I’m here with his blessings and your good wishes. Don’t be alarmed.

Now that I’ve learned my lesson, I’ll be extra vigilant. I adore each and every one of you.” Dharmendra will appear in Karan Johar’s Rocky Aur Rani Ki Prem Kahani, which is now under production. Alia Bhatt, Ranveer Singh, Shabana Azmi, and Jaya Bachchan also star in the film.

Meanwhile, Bobby Deol’s Aashram 3 web series has just been released. For his role as Baba Nirala in the online series, he is well-known In addition to Apne 2 with his father Dharmendra and brother Sunny Deol, the actor has a number of other projects in development.

Animal, starring Ranbir Kapoor and Rashmika Mandanna, will also feature the actor. In addition, he will appear in ‘Apne 2’ alongside his father Dharmendra and brother Sunny Deol. It’s not just Ranbir Kapoor and Anil Kapoor he has in ‘Animal,’ either. 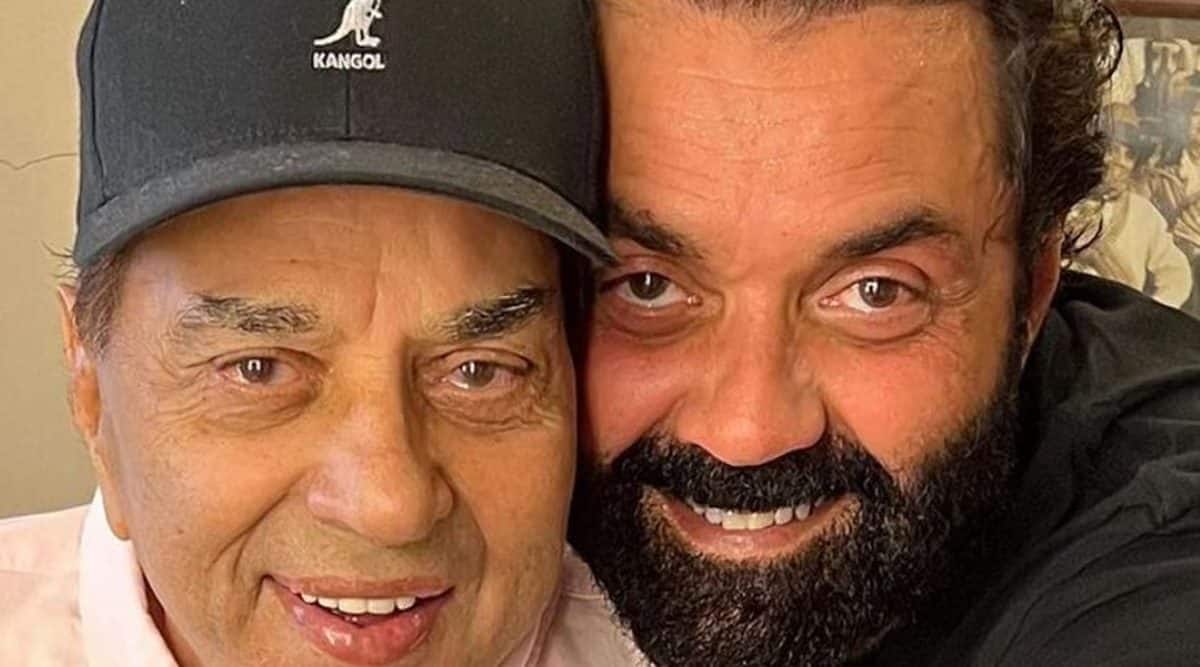 ‘Rocky Aur Rani Ki Prem Kahani,’ directed by Karan Johar, will star Alia Bhatt and Ranveer Singh, while Dharmendra will be seen opposite Alia and Ranveer in the film.