Neha Kakkar, a judge on Indian Idol, made headlines when she appeared on The Kapil Sharma Show and flubbed a controversial comment that gave the impression that she was cheating on her husband, Rohanpreet Singh. Even Sony TV host Archana Puran Singh was taken aback by her comment. Neha was taken aback by the possibility that her words would be interpreted as a sign of disloyalty on her part as a wife.

Unfortunately, by this time, Vishal Dadlani and Himesh Reshammiya had already started making jokes about her. Kapil asked, “If you watch Indian Idol carefully, she (Neha) keeps Rohan’s photo in front of her on the table,” which set off the entire chain of events. Kapil asked Neha, “Do you do this because you love (your spouse) or you don’t want others to flirt with you?” 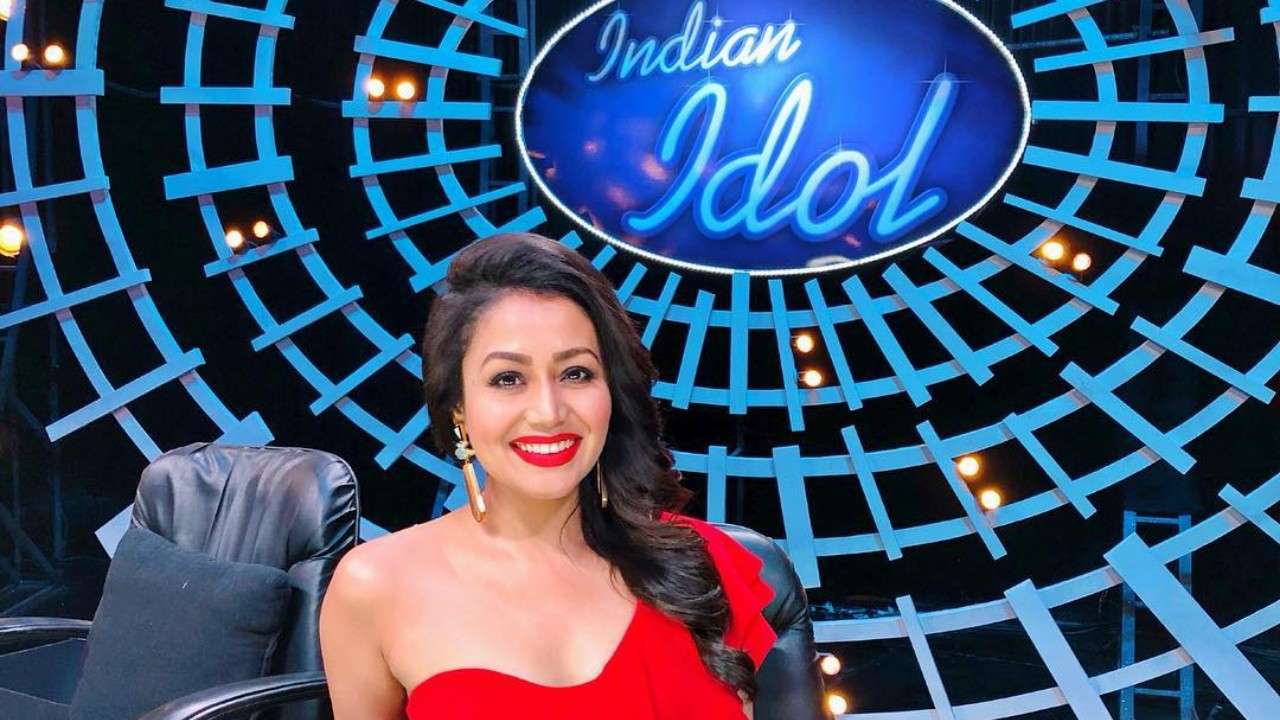 They were all taken aback by Neha‘s response: “Basically, the thing is that I keep the photo by me because it acts as a reminder to myself that ‘Nehu, you are married now and you mustn’t look here and there (other men).” Archana’s reaction to Neha’s response was one of disbelief at her extraordinary confession, and the group as a whole was reduced to fits of laughter.

Vishal Dadlani, one of the other judges on Indian Idol, poked fun at Neha, saying, “(Rohan is) such a melodious and charming chap and she (Neha) had to keep his photo as a reminder.” Neha began to elaborate on her comments, but then she got up and yelled that she had made a huge blunder. ‘Arre yaar maine ghalat bol diya.

Kapil stepped in to defend her, claiming that her comments were made out of love for her spouse. A different Himesh Reshammiya poked fun at Neha, adding, “I’m astonished (by what she said about her husband).” In response, Vishal joked, “This is unbelievable.”

Neha, who appeared to be becoming distraught as a result of her gaffe, insisted that, given the nature of The Kapil Sharma Show, she had just been engaging in lighthearted humor. It’s season 13 of Indian Idol, which means the return of Neha, Vishal, and Himesh on your television screens. A who’s who of the entertainment world was on hand when the three judges revealed the names of the final 15 contestants. Sundays and Saturdays, tune in to Sony TV to catch the singing reality show.