Kourtney Kardashian has once again hinted at a possible pregnancy with Travis Barker after posting many Halloween-themed Instagram photographs over the weekend. In conjunction with one of their many costumes, the couple recreated the True Romance movie poster for a picture shoot.

In one post, Kardashian wore pink leopard print tights, a wig, and had her hand resting on a large belt buckle. Whether she was framing her tummy or merely posing is open to interpretation. Fans were most agitated by Barker’s remark, “Our son’s name would be Elvis.”

One commenter responded, “Anyone else think that’s a major signal that Kourtney’s pregnant?”

Not for the first time have rumours of a probable pregnancy circulated. In September, the reality star appeared beside Megan Fox on the VMAs stage to promote her boyfriend’s performance. Fox said, “New York, I need you to get extra loud for our potential baby daddy’s,” before Kourtney Kardashian introduced Machine Gun Kelly and Travis Barker.

Given previous hints, it was difficult to ignore. A few weeks prior to her appearance, the 42-year-old made various social media postings in which she discussed giving up booze, gaining weight (but adding that it’s “not because of food”), and receiving multiple deliveries from Buy Buy Baby. 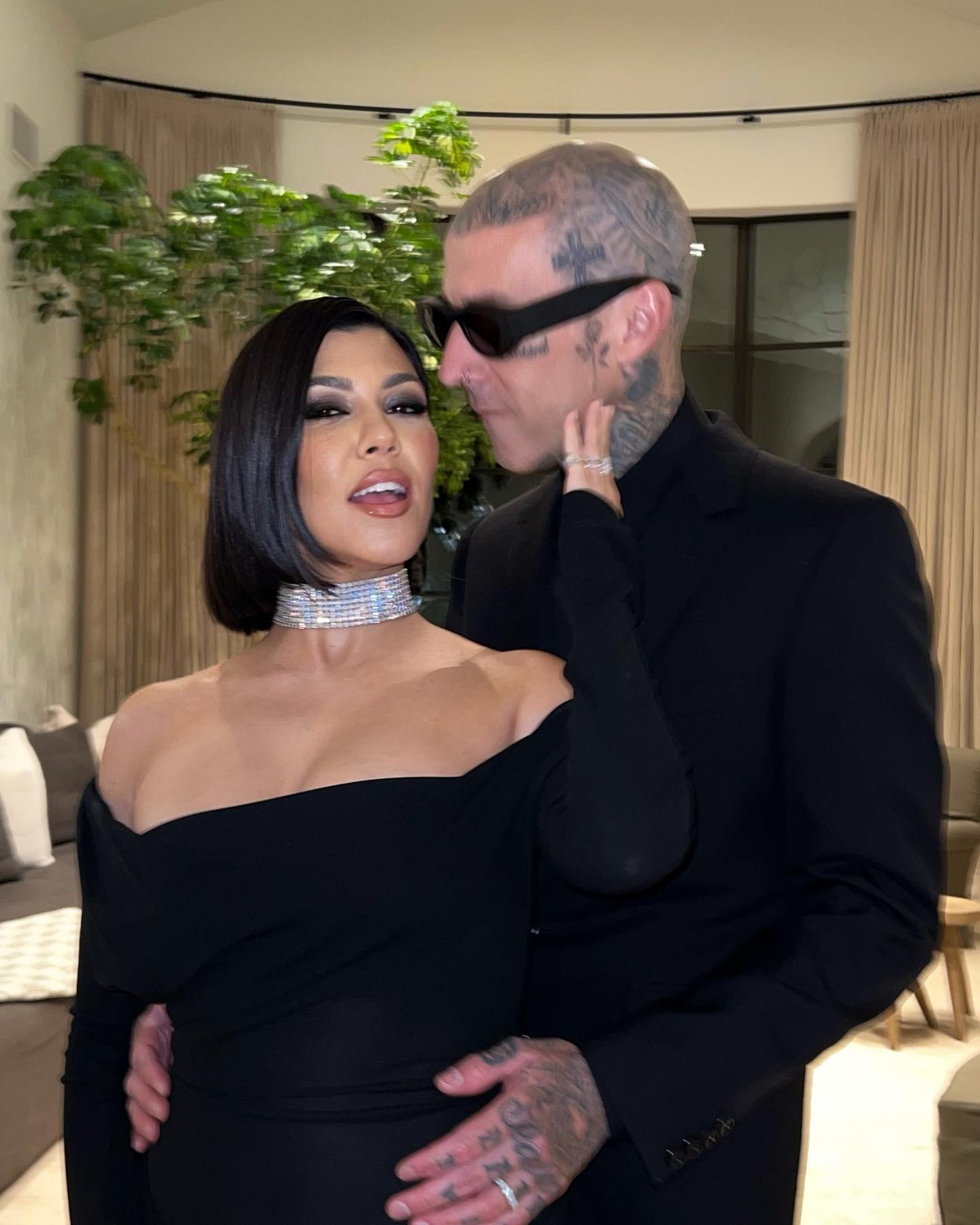 It feels somewhat speculative at the moment, given that the Kardashians are adept at generating headlines. The reality star and Scott Disick have three children together: Mason, 11, Reign, 6, and Penelope, 8.

Kardashian and Travis Barker participated in a second Halloween photoshoot as Edward Scissorhands and Kim, respectively, from the Tim Burton film. “Innocence is all he is aware of. “Beauty is what she sees,” the founder of Poosh captioned one photo, paraphrasing a popular film.