Vicky Kaushal, a popular actor in Bollywood, attended the 67th Filmfare Awards with his family and wife Katrina Kaif. The actor’s wife, Katrina, was his biggest fan, and she helped him win the lovely prize for Best Actor (critics). Katrina also demonstrated that there is always an amazing woman supporting a man’s endeavors and helping him reach his full potential.

Now, after capturing everyone’s attention with their attire at the Filmfare after-party, the pair arrived in chic fashion at Arpita Khan’s home for the Ganpati celebrations. All of America was taken aback by Vicky and Katrina’s small, private wedding in December 2021.

Katrina and Vicky’s private wedding ceremony was documented for the first time on December 9, 2021. Katrina wore a stunning red lehenga and jewelry by designer Sabyasachi Mukherjee. On the other hand, in his ivory sherwani, Vicky looked like a true prince.

Katrina Kaif‘s lime yellow sharara looks amazing in the photos. Her skin was exquisite, and she wore her hair down. Vicky Kaushal on the other hand donned a dark yellow hue Kurta over a white pyjama. The actor from Masaan rounded out his ensemble with a pair of brown shoes. The two of them strolled hand in hand, smiling for the cameras.

Read More: YouTuber Flight And Drea Broke Up: The Reason Behind Their Relationship Breakdown!

On Wednesday (August 31), the Bollywood stars were spotted celebrating Ganesh Chaturthi 2022 at the Mumbai home of Salman Khan’s sister Arpita Khan Sharma. In order to celebrate the arrival of Ganpati Bappa at Arpita and Aayush Sharma’s home, the couple assembled some of their closest film industry acquaintances.

Katrina and Vicky, dressed as twins in yellow, went to Arpita’s residence to pray to Lord Ganesha. Vicky matched the Tiger Zinda Hai starlet’s yellow ensemble by wearing a yellow kurta and pajama. They were the epitome of class as they smiled for the cameras and posed for the paparazzi.

On December 9, 2021, Vicky Kaushal and Katrina Kaif said their “I do’s” in a small, private wedding. Six Senses Fort in Barwara was the setting for the couple’s wedding ceremony, which was attended by close relatives and friends. The two had refrained from discussing their connection before marriage. 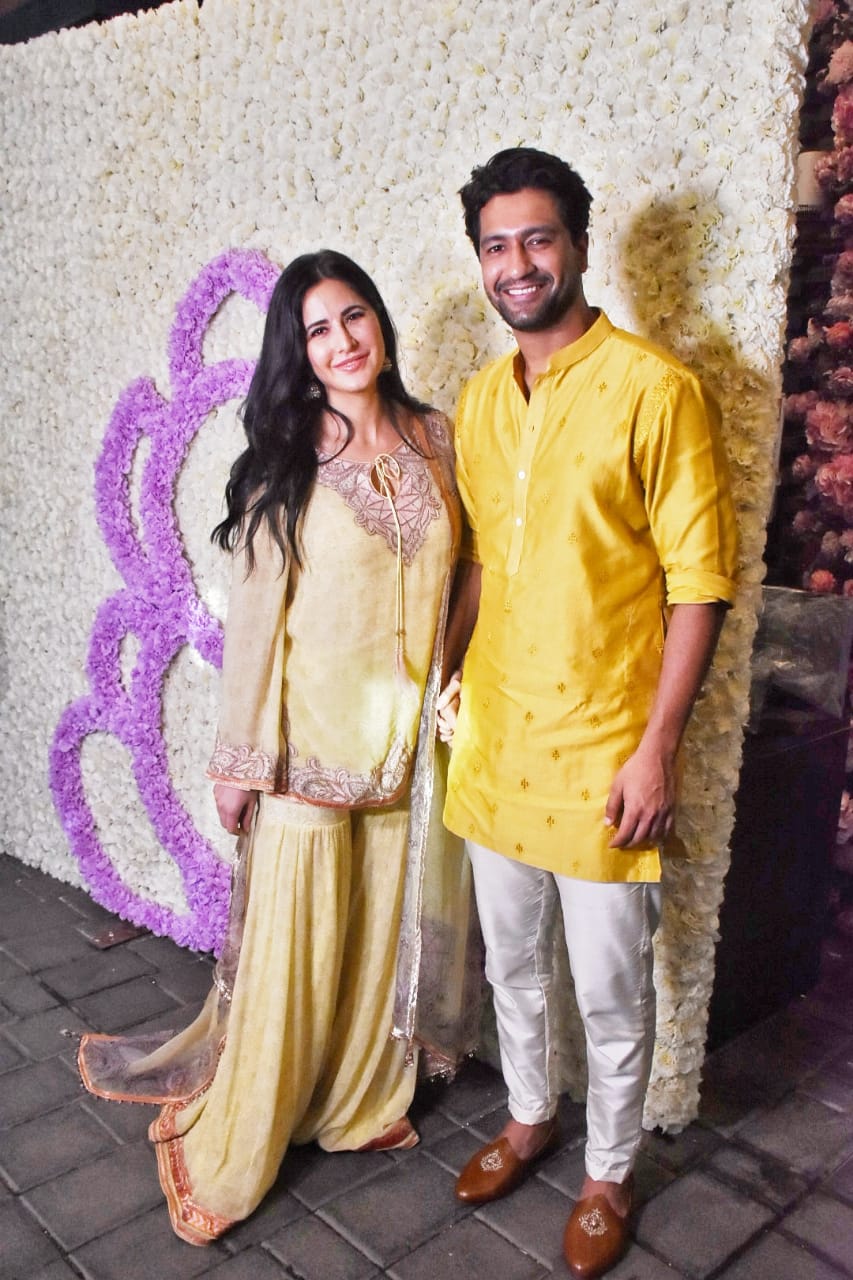 Katrina gave Zoom an exclusive interview on her secret wedding as she walked the red carpet at the Filmfare Awards 2022. “It wasn’t so much that we wanted to keep it secret as we were constrained by Covid. Covid has had a real impact on my family, therefore I know you had to give it considerable thought “her words

Katrina Kaif’s upcoming filmography includes appearances in Merry Christmas, Tiger 3, and Phone Bhoot, all of which feature Salman Khan opposite Iddhant Khatter and Siddhant Chaturvedi. Along with Priyanka Chopra and Alia Bhatt, she will appear in Farhan Akhtar‘s Jee Le Zaraa.

The film Govinda Naam Mera will include him. A film with Sara Ali Khan, directed by Laxman Utekar, has yet to be titled, and he has that one, too. Vicky will next be seen in an untitled project from Sam Bahadur and Anand Tiwari.