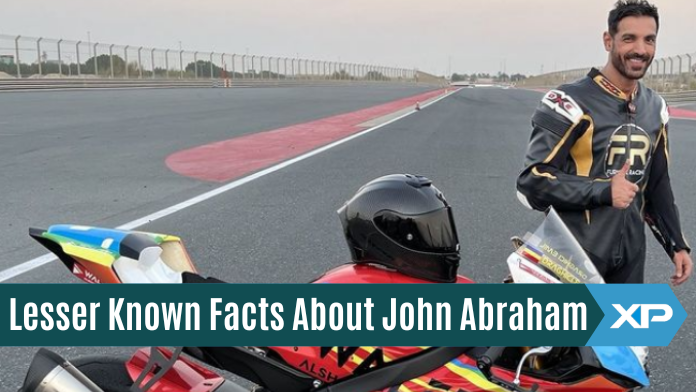 John Abraham, the Bollywood heartthrob, is famous for his good looks, charisma, and skill as an actor. He has a huge fan base, making him one of the most famous performers in Bollywood. But were you aware of his previous profession before he decided to become an actor? perhaps the interesting history behind his name is more intriguing.

Obviously, these are only a handful of the fascinating anecdotes associated with this gifted performer. In honor of the handsome and talented actor’s 49th birthday on December 17th, 2021, we thought we’d let you in on a few secrets about him.

Learn all about the great actor John Abraham, from the story behind his name change to his life and work before he became famous.

1. The Story Behind The Name

The actor grew up in a family that practiced multiple religions and included members of multiple ethnic groups. His father is a Syrian Christian from Kerala, and his mother is an Iranian Zoroastrian. His birth name was John, but in the Zoroastrian religion, he is known as Farhan. His given name is John Abraham, a reversal of his father’s given name, Abraham John.

2. He Was An Athlete At School

John participated in many athletic events throughout his school years. He represented his school all the way up to the district level. He wanted to follow in his father’s footsteps as an architect, but destiny had other plans.

The actor earned a Bachelor of Arts in Economics from Jai Hind College at the University of Mumbai and a Master of Business Administration from Mumbai Educational Trust. This actor boasts one of the highest education levels among Bollywood performers.

John has always had a deep love for cars, even as a young boy. His first motorcycle, a Yamaha Re 350, cost him Rs. 17500 when he was 18 years old. Currently, he has an Audi Q7, Yamaha R1, Maruti Gypsy, and Lamborghini Gallardo LP550-2 in his garage. His other prized possession is a high-performance motorcycle made by the Aprilla company; it’s an RSV-4. Yamaha and Reebok both use him as a brand representative.

Very interesting that John Abraham has a background in the media industry. After that, he began a career as a professional model. John Abraham won the Gladrags Manhunt competition in 1999 before he made his Bollywood debut. In the 1990s, when music videos were all the rage, he made a few of them.

Animal rights activist and vegetarian actor John Abraham. John wrote to Jayanthi Natarajan, then Minister for Environment and Forests, on PETA’s behalf in 2013 to request that all circuses be required to stop using animals in an effort to lessen the suffering of these creatures.

We’ve seen the actor blossom over the years, and we can’t wait to see what else he accomplishes. We hope that the next 49 years bring the actor nothing but joy, health, and success. Don’t miss out on more tales like this one by tuning in to HerZindagi!