The latest Netflix documentary series “Don’t F**k with Cats: Hunting an Internet Killer” has once again brought Luka Magnotta into the limelight and made him a topic of discussion.

Who is Luka Magnotta? Born Eric Newman on July 24, 1982 in Scarborough, Ontario, Canada, Luka spent the early years of his youth in Ontario’s suburbs. Anna Yourkin and Donald Newman were sweethearts in high school. They named him Eric Roberts after the actor. Following his parents’ divorce, Eric moved in with his grandma.

In 2005, Eric began using the name “Jimmy,” then in 2006, he changed his name to Luka Rocco Magnotta. After filing for bankruptcy, Luka discovered that normal life did not offer him the opportunities he desired. Consequently, he desired to experience the celebrity lifestyle. This also did not work out well for him, as he was rejected from two reality series and was forced to seek recognition online.

He generated a rumor that serial killer Karla Homolka was his girlfriend. In addition, he bombarded Google searches with false accounts and postings about himself. Ultimately, Luka determined that the greatest way to achieve renown would be to violate the internet’s unbreakable rule. He opted to play with cats, or mercilessly kill them.

What began with a single video quickly progressed to other videos, and he ultimately moved to murdering an Asian kid, dismembering him, and mailing his body parts to local officials and schools. As “Don’t F**k with Cats: Hunting an Internet Killer” demonstrates, Luka was finally apprehended for this crime. You may be wondering where he is now located, and we got you covered.

Also Read: Where Is Patrizia Gucci Now? What Happens After  House of Gucc Ends

Is Luka Magnotta in Prison? 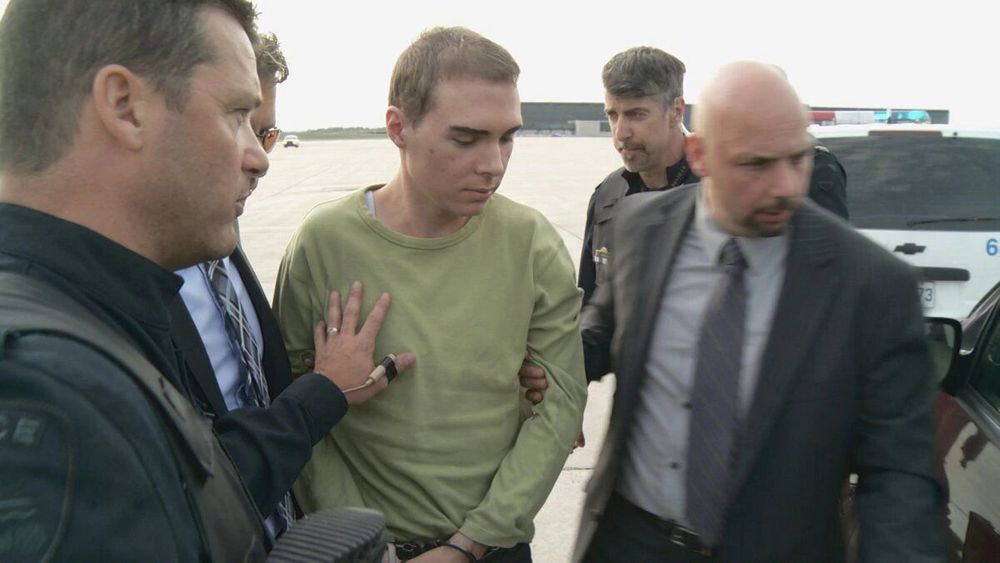 Luka Magnotta was found guilty of first-degree murder during a 10-week trial, in addition to four additional offences, including inflicting indignity to a body, distributing obscene material, mailing said material, and criminal harassment. Magnotta was consequently sentenced to life in prison and is concurrently serving 19 years for the other four offences. The earliest parole opportunity was estimated to be in 25 years. Keep in mind that the death penalty is illegal in Canada.

Given that he was sentenced in 2014, Magnotta is currently incarcerated and will stay so for the foreseeable future. According to the most recent information, Magnotta is now being held at the Pont-Cartier jail.

Where is Luka Magnotta Now?

In 2015, he joined a dating website for inmates and met Anthony Jolin, who is serving a life sentence for the murder of a fellow inmate. Magnotta’s mother served as a witness during their wedding. According to sources, they wed on June 26, 2017, after Magnotta put an ad seeking a white male between the ages of 28 and 38 who was in good form. In addition, he claimed that he desired his spouse to be faithful, emotionally and financially solid, well-educated, and devoted to a long-term commitment. Jolin certainly met the criteria (?).

Now that Magnotta is incarcerated, a book chronicles his experience in prison. It was written by true crime novelist Brian Whitney in collaboration with Magnotta’s mother, Anna Yourkin, under the title “My Son, The Killer.” Even though the book begins with an apology to the victim’s family, the mother insists her son is not a monster.

Regarding Magnotta himself, he appears arrogant and superior, claiming that society is sick for having lied about him. He seems unable to concede that his actions were motivated by a desire for attention. Magnotta has stated that he loves kitties and that he did not murder them, and that the news of his bogus web personas is the work of internet trolls. The book provides a concise account of Magnotta’s jail activities, including movie nights and language sessions.

Both the book and the Netflix documentary assert that the stories may be too close to giving Magnotta just what he desires, namely attention. Nonetheless, it is crucial to get this news out to the public, and the narcissist killer happens to be the focal point.

In conclusion, “Don’t F**k with Cats: Hunting an Internet Killer” introduces us to a conceited serial killer who perpetrated horrendous acts of violence for notoriety. Now, with this Netflix documentary, he appears to be achieving this goal. However, Magnotta is safely inside, and his visage is so famous that the notoriety he sought for so long could damage the rest of his life, even if he is released from prison. It is not a story meant to celebrate the need for affirmation, but rather to demonstrate the perilous lengths we are prepared to go to obtain it. Behind bars, Luka Magnotta, with his twisted views on society, is undoubtedly coming to terms with this.