On November 5, The singer Aaron Carter was found dead at his home in California. Melanie Martin, the rapper’s on-again, off-again girlfriend and mother of his 1-year-old child, reportedly contacted the police after discovering him comatose in his bathtub.

Before breaking up last year, Aaron and Melanie had a difficult relationship and were even engaged for a few months. Melanie has now posted a message on social media lamenting the loss of her ex-boyfriend. Here is all the information you need regarding Melanie Martin and her relationship with Carter.

Who is Melanie Martin? Melanie, age 30, comes from Bulgaria, where she previously worked as a bartender. After moving to the United States, she began dating Aaron Carter and became an Instagram influencer shortly thereafter. Afterwards, Melanie tried her hand at modelling, and some accounts indicate that she briefly appeared in pornographic videos.

While dating Carter, the model established her own lash collection called Love Lashes. However, she immediately erased her social media handles and began to maintain a low profile, but her on-and-off romance with Aaron Carter continued to make headlines. 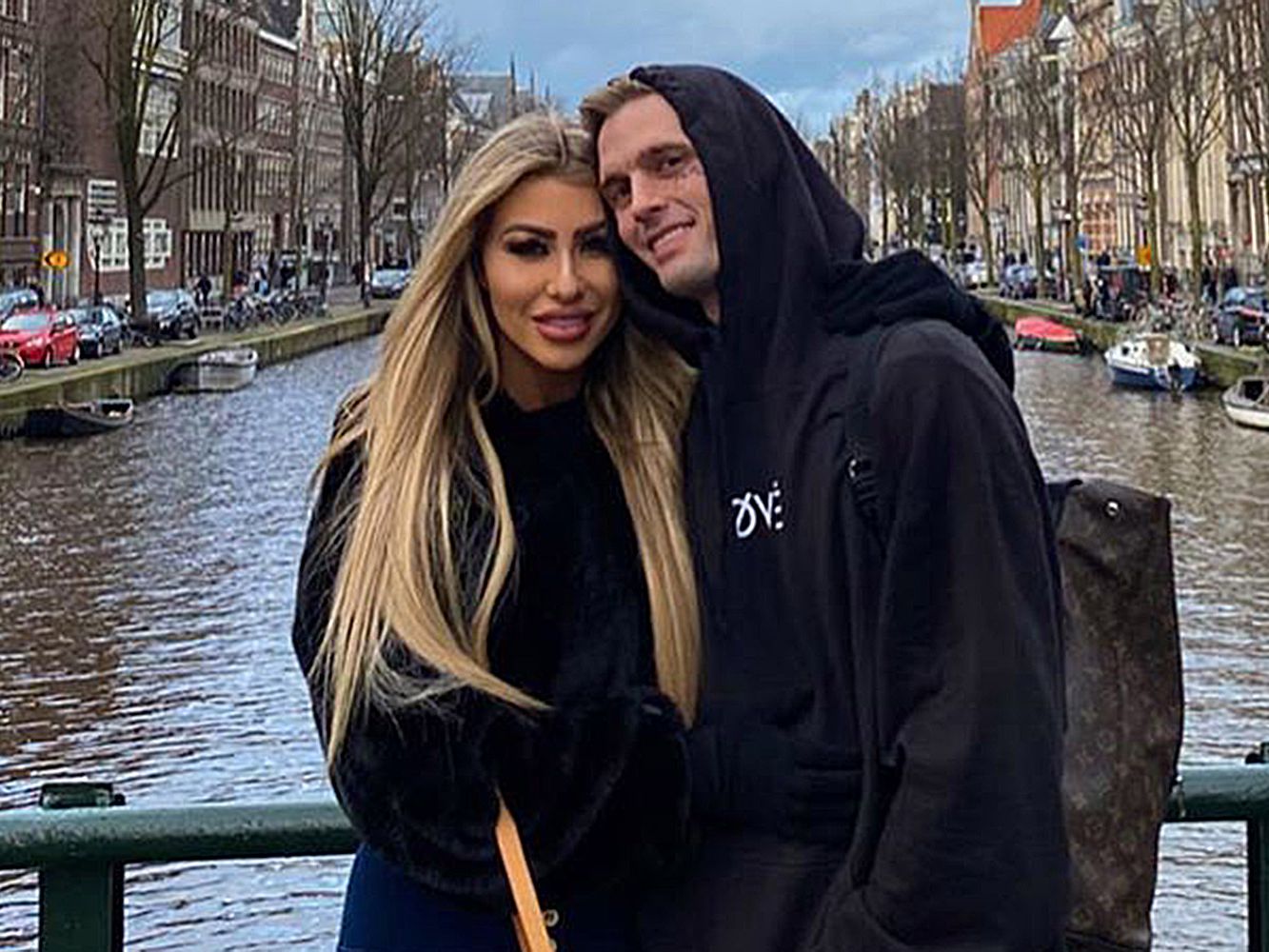 It is unknown how they met and when they began dating. In January 2020, Aaron made his connection with Melanie public for the first time by uploading an Instagram snapshot of her. “She loves me, she doesn’t love me, she woke me up from my slumber but I’m not complaining,” he captioned the image.

The pair became engaged in June 2020. They announced their pregnancy in March 2021 and welcomed their son, Prince, in November 2021. “Prince is priceless, and I adore you, son. Your mother adores you as I cry into the phone. Carter had announced the birth of his baby by writing, “This is me cutting his umbilical cord, my dear family.”

Prior to the birth of Prince, Melaine disclosed she experienced a miscarriage in 2020, shortly before her engagement to Carter. Eight days after the birth of their baby, the couple announced their decision to separate.

Following Carter’s passing, Melaine posted a snapshot of the couple kissing on her Instagram account. “My baby. “I can’t breathe,” she wrote in the photo’s caption. After the awful news emerged, she also recorded a TikTok video of herself sobbing in the car.

It was a Tumultuous Relationship Between Carter and Martin The couple’s relationship problems made headlines on multiple occasions. Melanie was arrested for domestic violence in March 2020 and freed a few days later on a $50,000 bond. Aaron had alleged, “She choked out my throat, ripped my arms out, ripped my back open, and hit me where I had a tooth extracted.”

The couple subsequently ended their relationship, reconciled a few weeks later, and then revealed their pregnancy. However, they separated once more at the conclusion of November 2021. “Due to personal reasons,” Carter tweeted at the time, “Melanie Martin and I have decided to part ways.”

He added, “There has been a very large deception, and my sister’s communication with my ex-girlfriend has damaged everything, given that she knew what angel attempted to do to me in court. Thank you, angel, for destroying my family. “God bless you”

In June of this year, Carter shared a photo to Instagram on Melanie’s birthday with the caption, “Happy birthday sweetie I love you more than anything just know we can get through anything!!” This sparked rumours that the two were getting back together.