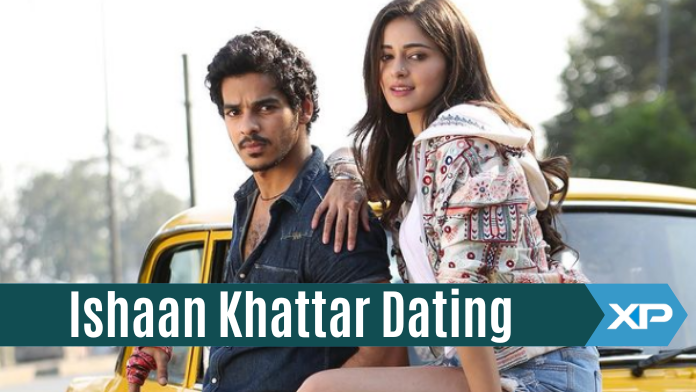 Ishaan Khattar, an Indian actor who appears in Hindi films, was born on 1 November 1995. He made his debut appearance on screen as a young boy in the 2005 movie Vaah! Life Ho Toh Aisi!, which also starred his half-brother Shahid Kapoor.

He is the actor’s son. Khatter played a heroin dealer in Majid Majidi’s drama Beyond the Clouds (2017), which earned him the Filmfare Award for Best Male Debut. This was his first leading role. Following his breakout performance in the love drama Dhadak (2018), he went on to act in the British miniseries A Suitable Boy (2020) and Khaali Peeli (2020).

The actors Rajesh Khattar and Neelima Azeem are the parents of Khatter. Azeem’s first marriage to actor Pankaj Kapur produced Shahid Kapoor, his half-brother. Khatter describes himself as a proud representative of middle-class values.

He describes how his upbringing was full of culture, movies, and the performing arts and how he worked to grow as an artist. Khatter attended the Billabong High International School in Juhu and the Jamnabai Narsee School in Mumbai for his education.

At Shiamak Davar’s academy, he also studied dance. After making his debut as a child in the Kapoor-starring 2005 movie Vaah! Life Ho Toh Aisi!, Khatter served as an assistant director for Abhishek Chaubey’s 2016 movie Udta Punjab and Danish Renzu’s indie movie Half Widow (2017).

After being together for three long years, Ananya Panday and Ishaan Khatter have called it quits. The two began dating while filming for Khaali Peeli in 2020, but they have never truly made it public despite teasing it in interviews, sightings, and holiday photos. To find out why they broke up, scroll down below.

Ananya also went to Shahid Kapoor, an actor and the brother of Ishaan, to celebrate his birthday, and images of the event became viral online. We sincerely hope that they find their way back to each other because their breakup has shocked all of their followers.

Ananya Panday and Ishaan Khatter have reportedly ended their three-year relationship, according to a source close to Pinkvilla. “The two got along well on the Khaali Peeli sets, and it paved the way for the start of a new trip. ]

However, after spending the last three years together, they have chosen to call it quits. The call was initiated by both parties, and everything ended well. The two will stay friendly moving forward, the person claimed.

According to reports, the couple is taking their breakup maturely and is willing to put their personal lives on hold in order to fulfill their work obligations. “On the friendship front, everything is good for them, and they parted ways amicably. They made the choice after realizing that their perspectives on things differed slightly from one another, the person said.

In Majid Majidi’s Beyond the Clouds (2017), Khatter played a drug dealer named Amir in his first acting role as an adult. It had its world premiere at the BFI London Film Festival and was presented in theatres in 2018. Khatter’s “noteworthy screen magnetism promises well for his future career,” according to Deborah Young, who reviewed the movie for The Hollywood Reporter.

It depicts the tale of two young lovers who fall in love in a remote area of Rajasthan and encounter political opposition to their union due to caste prejudice. In contrast to Hindi cinema’s contemporary propensity for bratty, hyperactive onscreen male characters, Uday Bhatia of Mint observed that Dhadak had “a soulfulness to [Khatter] that’s at variance with the profundity of the original film.”

The Indian Express Shubhra Gupta, who shared Khatter’s distaste for the movie, called him a “natural” performer and praised his “mobile, expressive face.” Dhadak became a financial success with global revenue of nearly 1.1 billion (US$15 million). In Mira Nair’s adaptation of Vikram Seth’s book of the same name for the British miniseries A Suitable Boy in 2020, Khatter played the lead role opposite Tabu.

Read more: Who Is Chase Elliott Dating? Know about His Girlfriend and Dating Life!

BBC One is broadcast in six segments. He was interested in the project because it showed an older woman and young man falling in love, which he believed would dispel the stigma attached to such partnerships.

The Times’ Hugo Rifkind described Khatter as “suitably charismatic and threatening” in his opinion. In the action movie Khaali Peeli that same year, he co-starred with Ananya Panday. He will appear in the comedy-horror movie Phone Bhoot with Katrina Kaif and Siddhant Chaturvedi. Additionally, he has promised to appear in the Pippa, a military movie about the 1971 Indo-Pakistani War, as an army tank commander.