Fans of Prabhas and Anushka Shetty are dying for them to work together again on a film. And it appears that their hope may soon be realized. Both actors have been in talks to play lead roles in Raja Deluxe, which will be directed by Maruthi.

Despite Prabhas’ signature on the contract, Anushka Shetty is expected to join the team very soon. After Anushka Shetty makes a decision, an official statement will be made. The Baahubali films are Prabhas’s legacy in the Indian cinema business. It has since been widely speculated that the actor is currently single.

This, however, seems to be about to alter. Preparations for Prabhas’ wedding are ongoing, as the president of the Krishnam Raju and Prabhas Fans Association in the West Godavari district explains in a video that has gone viral online.

One of the most popular on-screen couples in south Indian cinema is Anushka Shetty and Prabhas. Fans have been eager to see them again on the big screen ever since they played the main characters in the Baahubali series. In spite of the passage of five years after the release of Baahubali: The Beginning, the fervor surrounding this adorable duo shows no signs of waning.

Anushka and Prabhas’s rumored romance has been all over the tabloids recently. However, all they have done thus far is either deny or sidestep the issue. After months of speculation, Anushka finally addressed the dating rumors around her and Prabhas in a recent interview with Deccan Chronicle.

The actress cited their chemistry on-screen as a basis for their relationship. “Prabhas is one of my 3 a.m. friends and we’ve known each other for over 15 years. There is a common perception that we are a couple because we have neither of those characteristics and form a particularly dynamic on-screen couple.

Anything that might have existed between us would have been public knowledge by now. We’re both the kind of people that don’t put on a brave face when it comes to expressing how they feel, “remarked Anushka.

Prabhas and Anushka Shetty to Reunite for Maruthi’s Film?

We may see Prabhas and Anushka Shetty work together on a project after Baahubali: The Conclusion. The Raja Deluxe star, who was recently seen in Saaho, has signed on for a comedy film directed by Maruthi.

According to reports, he recommended Anushka Shetty for the role of the female protagonist. Raja Deluxe producers approached Anushka Shetty after Prabhas suggested she be included in the film. To date, she has not put her signature on any of the paperwork. Hopefully, we’ll hear something official about it soon.

Anushka Shetty referred to Prabhas as her “3 am pal” earlier in an interview. Billa, Mirchi, Baahubali: The Beginning, and Baahubali: The Conclusion are just some of the movies in which they have collaborated.

Director Maruthi is now finishing up post-production on Pakka Commercial, starring Gopichand and Raashii Khanna. His plan is to begin Raja Deluxe as soon as he finishes his current job. Information about Prabhas’s upcoming film Raja Deluxe (working title) will continue to surface over the next few weeks. 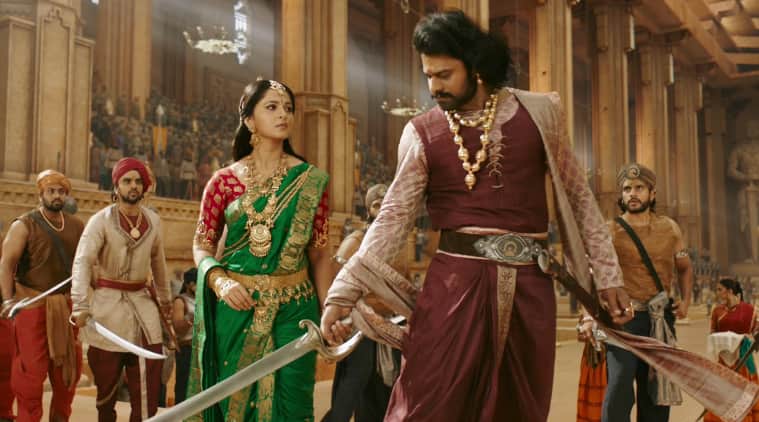