Ira Khan, the daughter of Aamir Khan, announced her upcoming marriage to Nupur Shikhare on social media. She also showed off the video he had taken of his proposal to her at Ironman Italy.

Ira Khan, Aamir’s daughter, announced her engagement to longtime lover Nupur Shikhare on Friday via social media. Nupur is presently competing in Ironman Italy, therefore they decided to share a video from the race. Ira showed everyone the footage of Nupur proposing on one knee and Ira’s immediate acceptance.

Ira posted the clip to his Facebook page with the comment, “Popeye: She said yes Ira: Haha! In a word, yeah. Nupur posted a few pictures to his Instagram story. He wrote, “She said yes” next to one and “Ironman had a specific location Jahan Humara Roka Hua, get it?” alongside another. They were referring to the board that stood between Nupur and Ira at the time of their engagement. 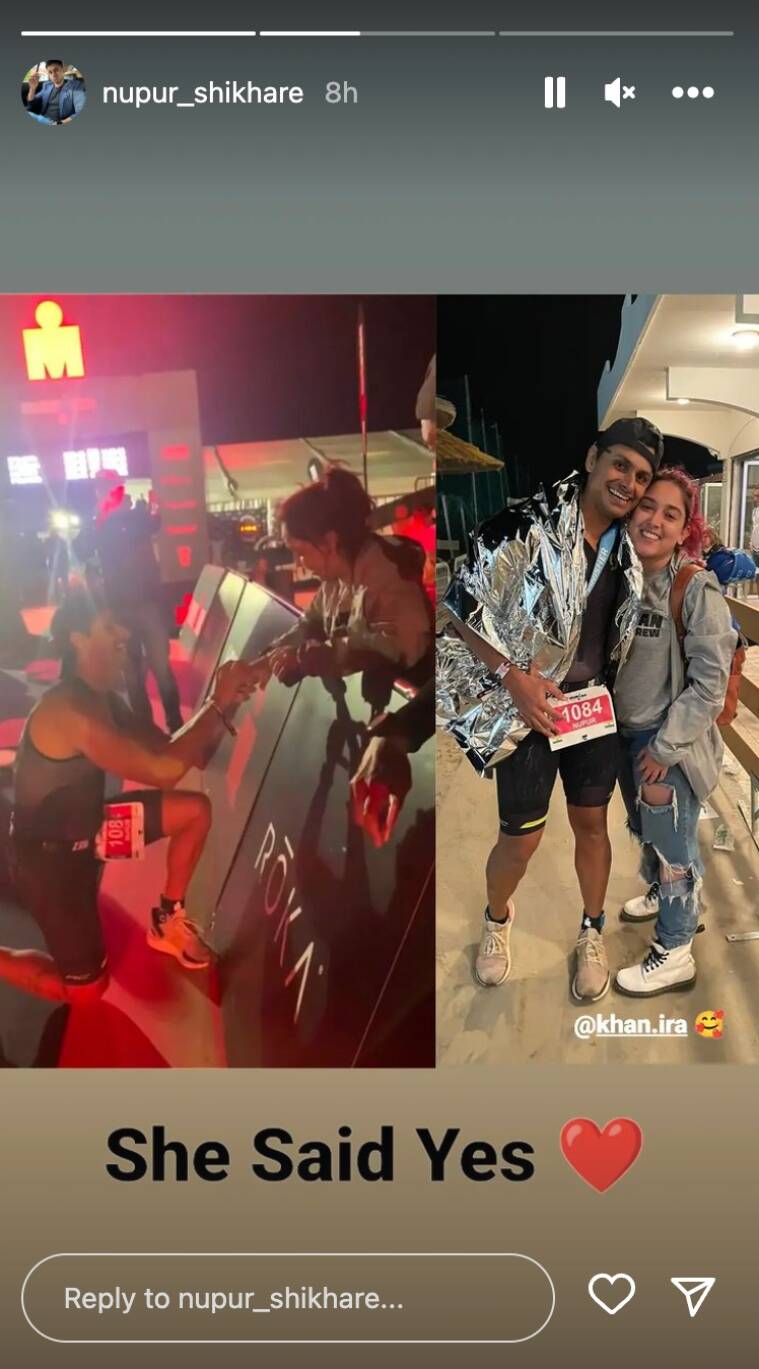 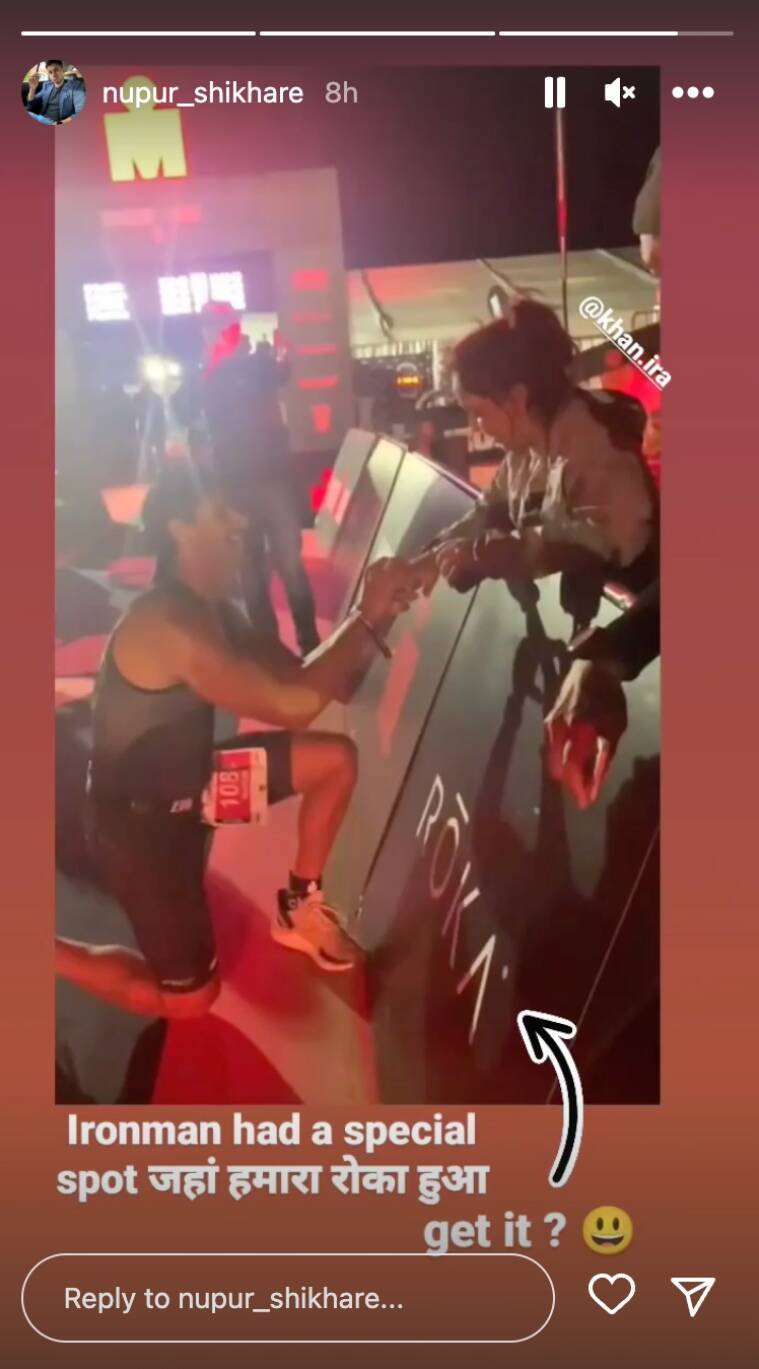 This is the cutest thing I’ve ever seen,” Fatima Sana Shaikh commented after reading the couple’s happy news. It’s like a movie, uff @nupur_shikhare. ❤️❤️❤️❤️”. Krishna Shroff thought it was “the cutest thing ever” and wrote, “This is THE nicest thing EVER! What a beautiful little child! In addition to Huma Qureshi and Rhea Chakraborty, the comment sections also saw expressions of congratulations from Hazel Keech, Gulshan Devaiah, and Rhea Devaiah.

It’s been several years since Ira and Nupur started dating. They are quite active on each other’s social media and routinely post adoring messages to each other on Instagram.

Ira had previously mentioned on Instagram how having Nupur in her life had helped her cope with anxiety. She explained that while it was brewing, she was able to keep herself from having an attack by talking to Popeye (Nupur) and taking deep breaths. For the time being, at least. That’s conditional on whether or not I’m re-stressed by something else down the road. There are many unknowns in life. Take all of these things into account if you want to be mindful. Nupur’s emotional response to her message was really appreciated.