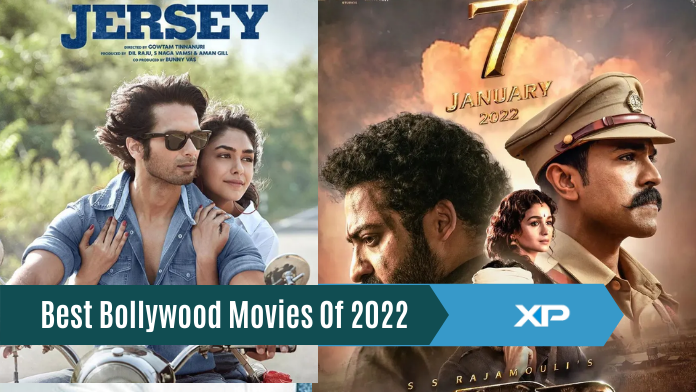 Only a few months into 2022, and there are already a slew of wonderful new films to enjoy! They aren’t simply from Hollywood production companies. Bollywood is back in full force, with a slew of new releases and more to come later this year.

As is customary, the menu features a wide range of genres. There are a variety of atypical fierce female storylines, as well as a number of delightful family-friendly musicals, serious action thrillers, and epic historical films. So grab some popcorn, settle in, and enjoy these incredible Bollywood films from 2022.

At a childcare center, a schoolteacher, played by Yami Gautam, holds 16 of her student’s hostage. She makes a number of requests that have ramifications not only for Mumbai and its police force but also for the rest of the country and its leaders.

Looop Lapeta is a Hindi version of the German thriller Run Lola Run, which was released in 1998. It follows Savi (Taapsee Pannu), a young lady whose boyfriend loses a crime boss’s money. It’s up to her to save him from the lethal criminal and break free from the apparently endless time loop she’s trapped in.

Also Read: The Fame Game Season 2 Release Date: Is Confirmed Or Not? Cast, Story & Everything You Need To Know!

This Tamil-language action thriller covers the journey of a common guy on his way to becoming a billionaire, as well as the enormous problems he encounters in his family after he achieves wealth.

Alisha (Deepika Padukone) is a thirty-year-old yoga studio owner who has been in an alright six-year relationship and has been unsuccessful in her attempts to get funds for a yoga fitness software. Things have come to a halt, and it appears that neither her love life nor her work are heading in the right direction. When her cousin Tia and her fiancé Zain come to visit, she gets re-stimulated…as she develops a relationship with Zain.

After revealing to each other that they are homosexual, policeman Shardul (Rajkummar Rao) and teacher Sumi (Bhumi Pednekar) agree to marry for the sake of convenience. They resolve to date other people while keeping their marriage balanced and joyful, but things become problematic when Sumi’s girlfriend comes to live with them.

The film is a semi-biographical drama based on Ganga Harjivandas Kathiawadi, whose life was chronicled in S. Hussain Zaidi’s book Mafia Queens of Mumbai. Ganga (Alia Bhatt) is a young lady who begins her career as a brothel prostitute and progresses to become a strong underground figure in the film. The picture is also surrounded by a fascinating dispute, which is nearly always a good incentive to see.

Also Read: Flight Attendant Season 3: Is Confirmed Or Not? Cast, Story & Everything You Need To Know!

This musical romantic comedy has stunning dance routines as well as plenty of conflicts. A couple falls madly in love and marries, but their relationship finally fizzles out. However, when her husband makes a new female acquaintance, the wife finds she isn’t quite over him yet.

This period of action drama in Telugu is set in the 1920s. It narrates the narrative of two great rebels who return to India after a trip away from home to battle British occupiers.

This film is sure to be a hit! The plot centers around a dysfunctional family of misfits who are planning a large wedding—a classic idea that never fails to thrill the whole family. Yes, this is a musical, with Sachin-Jigar composing the music.

This movie is bound to be a blast! The story revolves around a wacky family of misfits who is preparing for a huge wedding—a classic premise that never fails for family entertainment. And yes, this one’s a musical, with music composed by Sachin-Jigar.

Jersey stars Shahid Kapoor, Mrunal Thakur, and Pankaj Kapoor in the key roles, and is a remake of the Telugu film of the same name. It follows the path of a skilled but unsuccessful cricketer who returns to the sport in his late thirties.

Jersey is a remake of the Telugu film of the same name, starring Shahid Kapoor, Mrunal Thakur, and Pankaj Kapoor. It recounts the journey of a talented but failed cricketer in his late thirties who returns to the sport.