The death of a highly powerful politician has occurred; the CM of a state shall remain nameless. Who will succeed them hangs in the balance as the contestants lay their cards on the table. Brahma (Chiranjeevi), however, is aware of who is genuine and who is just hungry. I’m curious as to his strategy for ensuring that the proper outcome is reached.

Not precisely a masterwork or a dazzling display of storytelling skill, Mohanlal’s Lucifer fell short on both counts. While there were some exciting parts, the story overall felt a little cliche. Additionally, most of the turns were seen coming a mile away.

The film, however, was a hit among Lalettan’s followers since it provided the Complete Actor with numerous opportunities to demonstrate his talents. GodFather, the Telugu version, is essentially the same. The political thriller starring Chiranjeevi, on the other hand, is bigger and more exciting than its Malayalam counterpart.

TV spot Telugu films are ritualistic worship of a few legendary actors and actresses, whose star power is celebrated in every scene. There’s nothing wrong with it; the culture exists because the people of that land revere the stars who appear in the movies they watch. Is it true, though, that non-fans of the genre are being fed the same recycled plot points again and time again? Godfather was co-written by Mohan Raju, Lakshmi Bhupala, and Murali Gopy, and it is constructed in a way that honors Chiranjeevi, one of South cinema’s biggest megastars and a figure who defined the industry during his prime. The script immediately establishes him as someone, not even the FBI would dare cross.

When he walks into the room wearing a freshly ironed white kurta, expensive sunglasses, and enough flamboyance to win a million dollars, it’s clear that this is the man who is expected to triumph and, based on past performance, almost certainly will.

The makers now have the difficult task of writing a plot that does more than simply justify the triumph of their already revered protagonist; it must also be entertaining and worth the whistles that a ticket purchaser plans to blow. The creators of Godfather do their best to make the situation so complicated that even God himself needs to stay on his toes in order to find a solution. This includes politics of the land, individuals double-crossing each other, and more. But even the biggest names wind up appearing like they followed a formula we have seen before.

I’m not saying the movie is terrible and shouldn’t be watched because of that, though. If I were a fan of Chiranjeevi, I would have been flattered by the growing ovation he receives in each successive scene. This is nothing new, though.

The man has been working in the industry for decades, and he has already been lauded in a similar fashion by numerous directors. The difficulty, then, lies with the staple routes. Also, the plan is to force everyone else to play small. The act itself could be seen as a kind of salvation. It’s merely a matter of wondering how soon the movie will end after you realize Chiranjeevi will survive a fight involving 50 men and not suffer so much as a scratch. True, the star doesn’t sustain so much as a scratch throughout the entire three-plus-round fight. And his kurta was perfectly wrinkle-free.

Chiranjeevi has learned that he doesn’t need to work too hard to win over the hearts of his fans. They already do, so all he has to rely on is their fond memories. The superstar downplays his gangster persona and lets his deeds do the talking. That’ll do, too, because at least that way you’ll be kept guessing about his next move.

Nayanthara, as Satya, does all she can with the material provided. While she does share an attractive arc with the superstar, she is prevented from fully expressing her frustration or other negative feelings. Satyadev Kancharana is thoroughly convincing as the antagonist, and his performance will make you despise him. In addition, Salman Khan is present, being as Salman Khan as he possibly can be. I’d want to offer props to the guy who suggested he wear a bulletproof jacket when he entered a house full of guns this time. Moreover, he rides around on a bike that can fire off little missiles. I went to a matinee performance when the theater was mostly empty, and the quiet prevented me from picking up on little details.

There is no denying that Mohan Raju is a huge Chiranjeevi fan. He directs sequences in such a way that every turn brings the camera back to him for a close-up of his glares or a slow-motion effect. And then there’s the fact that he uses slow motion excessively.

which only serves to pad out the film’s already bloated running time. It’s been a while since I heard any of Thaman S’s music, but now that I have, I realize that I’ve been missing out. We’re going to need it quickly. 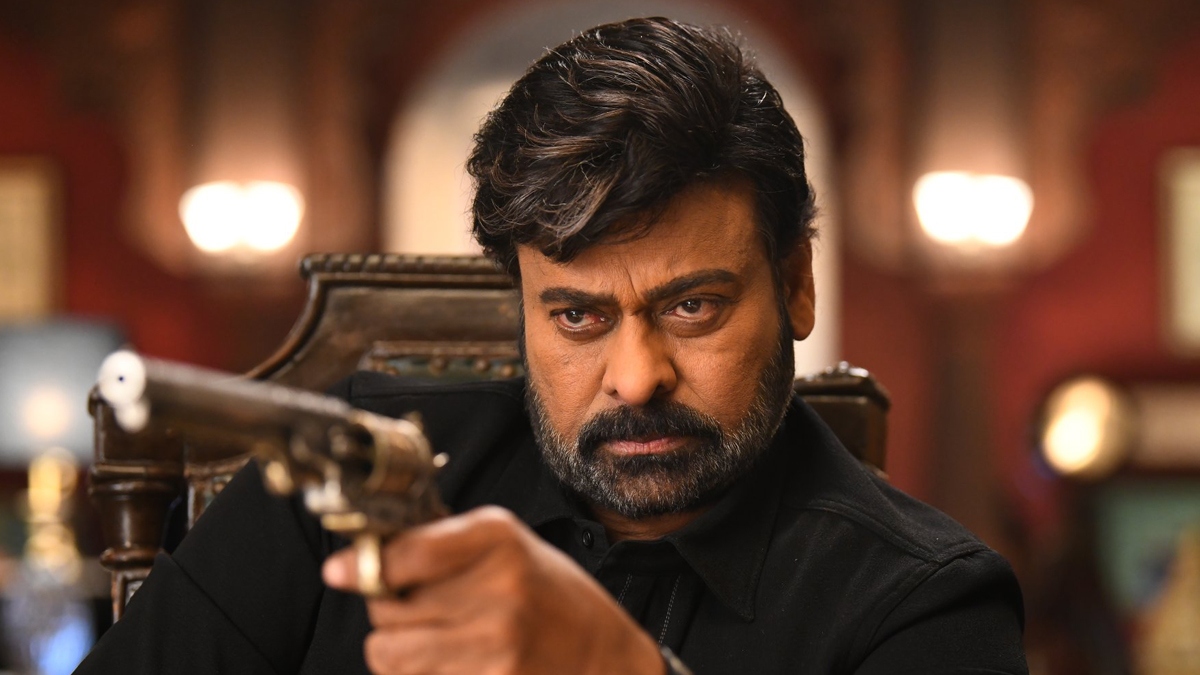 The Godfather is an almost three-hour-long Chiranjeevi extravaganza in which viewers are encouraged to suspend disbelief and bullets may make men fly. We’ve been buyers for years, so there must be something fresh about it to propel our culture forward.