Aamir Khan’s play Laal Singh Chaddha opened after a four-year hiatus and probably had higher expectations than it received. First reports indicated that Advait Chandan’s movie made between Rs. 7.75 and 8.25 crores on its second day in theatres, Friday.

For the second day in a row, the film performed very poorly at the box office, with only national multiplex chains showing any signs of life. Revenues were satisfactory in the Delhi NCR and East Punjab markets. While attendance was decent at several cinemas in Delhi and Mumbai, it was low in the mass circuits.

We don’t expect Laal Singh Chaddha to fare well at the box office anywhere outside of the metro areas, as its performance in mass belts was, well, abysmal. There are many days off this week, giving Laal Singh Chaddha a chance to salvage its box office performance, but its slow start has dashed any hopes of being a financial success. There is no mistaking the verdict: this film will be a box office bomb. 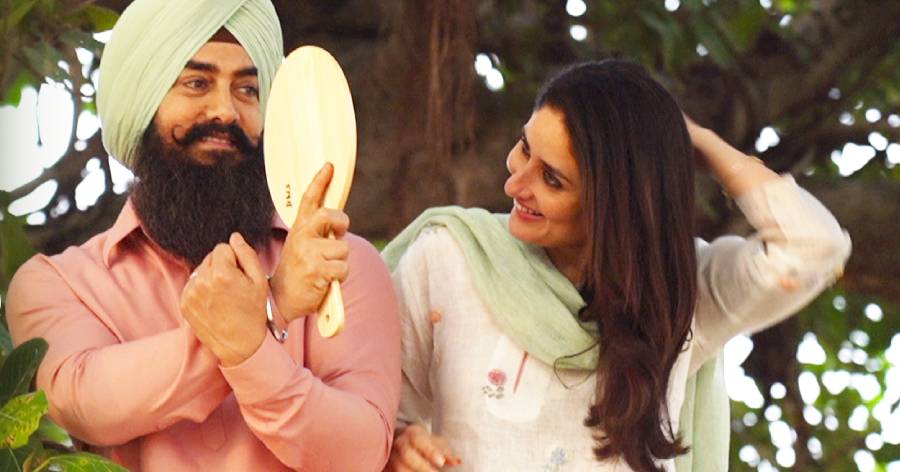 Initial estimates from Box Office India put the film’s second day’s earnings at about Rs 7 crore, down from its Thursday debut’s roughly Rs 12 crore. The film has already earned a total of Rs 19 crore (almost $3 million) in just two days.

Read More: After Viewing Aamir Khan Laal Singh Chaddha, Ali Fazal Had This To Say To The Film; Naysayers!

Forrest Gump’s thoughts on love, life, and the meaning of one’s existence are articulated by Laal Singh Chaddha. The original may have done its job best with a laid-back, quiet approach, but the new picture dials up the volume. Expect a permanently wide-eyed Aamir Khan doing a lot of Punjabi dialect with PK’s body language and passion as the film chooses dialogue over silent tears.

He speeds up the film to the level of a commercial Hindi blockbuster but keeps the story’s basic tenets intact: a fairy tale in the vein of Disney’s, although one without the luxury of magic but with an engrained belief in miracles. However, Laal Singh Chaddha (LSC) does not leave Forrest’s universe and keeps the action rooted in his own.

Attempting a remake of a beloved work of literature is fraught with difficulty. Forrest Gump’s (FG) meandering, all-encompassing, nonlinear plot and profound, yet simple, approach to life and its purpose make a remake that much more challenging. You observe a fool as he aimlessly muddles through life, picking up wisdom as he goes.

After acquiring the rights to remake the 1994 American drama Forrest Gump from its studio, Paramount Pictures, Aamir Khan declared his intentions to remake the film in August of 2018 and hinted that he might star in the remake. With his ex-wife Kiran Rao serving as a producer, Khan officially confirmed the project on 14 March 2019, the day of his 54th birthday.

The title of the film would be Laal Singh Chaddha. The original film’s director, Advait Chandan (Khan’s Secret Superstar, 2017), has been tapped to handle the remake. The Hindi version of the film was adapted by Atul Kulkarni, Khan’s co-star from Rang De Basanti (2006).

When asked why it took so long to have the film made, Kulkarni told Bollywood Hungama, “I wrote the script ten years ago, but Aamir took a few years because he did not believe that I must have written a solid script.”

Therefore, he had no intention of doing me harm. A few years later, he read the script and said, “I’m doing this movie,” inside the first thirty seconds. Since the entire film is based on the original, Kulkarni added, “It took another 7-8 years to secure the remake rights from the makers of the original (Paramount).