Lovers and Friends Fest, a forthcoming music festival, is now generating a great deal of attention on social media. You’ve undoubtedly seen the flyer on your timeline, and it sounds incredible, right? There is something for everyone, including girl groups, R&B from the 1990s, and rappers. The bright pink, blinged-out style evokes recollections of the early 2000s, a time of relative simplicity.

Combining iconic, old-school acts, like as TLC and Ginuwine, with contemporary talents, such as Megan thee Stallion and Summer Walker, appears to be a brilliant strategy for attracting audiences of all ages. It is marketing nostalgia at its finest. It seems exciting to travel to Los Angeles in May to witness a number of great R&B and hip-hop stars, but is it too good to be true? It is possible.

It’s not unheard of for phoney concert fliers to circulate online, and after the Fyre Festival, concertgoers are (and should be) particularly vigilant when these outlandish events suddenly appear. This festival is not formed like Coachella or Lollapalooza.

Is it therefore too good to be true? Will Usher, Jon, and Luda really do it again, or is this a hoax? Let’s investigate. 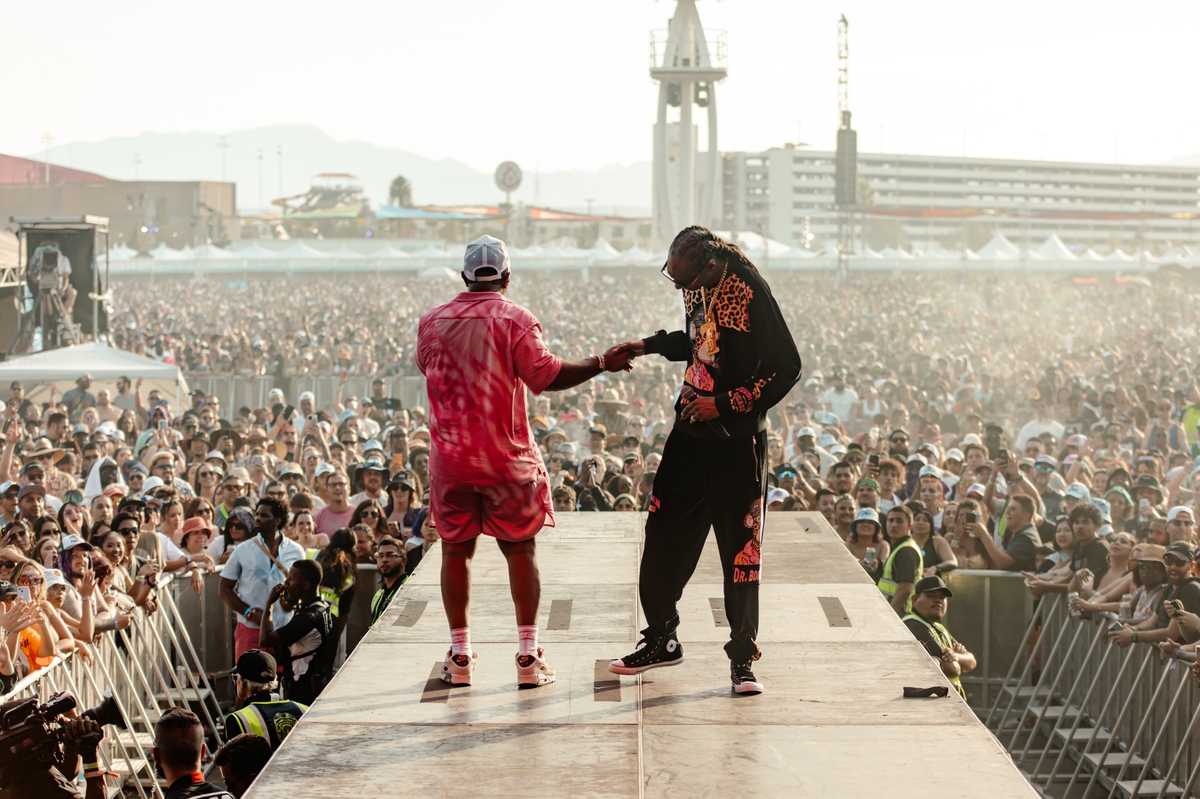 The Lovers and Friends Fest Twitter account was only founded this month. As of this writing, the account has fewer than 2,000 followers. Almost none of them feature blue checks. On Instagram, the situation is a little bit different. They already have 35,000 followers, many of them are actively engaged verified accounts. This appears legitimate, but who is behind it?

The event is being organised by the business Goldenvoice. Goldenvoice is a concert promotion firm established in California that provides fans in Los Angeles, San Diego, and San Francisco with access to a wide range of shows across multiple genres. Their company history reveals that they are a subsidiary of AEG, one of the most important live entertainment corporations in the world. That’s a positive indicator.

This leaflet does not do so. Usher, Lil Jon, and Ludacris are crammed together at the top of the page as if they were a single act with a hot ticket, while Lil Kim is placed at the bottom of the page, where a number of lesser-known acts would typically be included. And the notoriously late Ms. Lauryn Hill will be performing? It is baffling.

The most suspicious aspect of the flier is the number of double bookings that day. The 7th of May is also the date of the Rolling Loud festival in Miami and the Broccoli Festival in Washington, both of which are far more established festivals. T-Pain and Megan thee Stallion have been booked at these gigs for some time; how will they travel across the country to perform at two different music festivals? Teleportation? Will Scotty transport them away?

Someone raised this query on Instagram, to which the festival’s account responded, “Both acts will be performing at both events. Private jetting

I assume that Lovers and Friends do not care about their carbon footprint. The situation became even more confusing when Lil Kim posted a rather damning accusation on her Instagram account, stating that she is not a part of the festival. Then, Usher posted it on Instagram, claiming it is authentic? Who do we believe, Usher or Lil Kim?

JaRule’s inclusion on the flier is another peculiar feature. Will we simply forget that JaRule played a crucial role in the Fyre Festival?

Following the corporate footprint, Lovers and Friends Fest appears legitimate, but I would proceed with considerable caution. Festivals are labor-intensive to organise. There are so many logistical components, including equipment, security, vendors, and talent. It takes months and months of planning to execute a successful festival, and it is disturbing that they announced the festival and held it in such a short amount of time.

Even established festivals might fail if there is insufficient finance or a lack of organisational leadership and preparation. Don’t believe me? Learn about the 2018 LouFest. It was cancelled days before the festival was supposed to begin, despite the fact that thousands of ticketholders had purchased passes and top-tier artists such as Kasey Musgraves and Robert Plant were scheduled to appear.

If you’re considering a risky trip to Los Angeles in May for the all-star roster of Lovers and Friends Fest, take the following precautions to safeguard yourself and your money.