Among Indian movies, Adipurush starring Prabhas is extremely anticipated and eagerly awaited. However, things have taken a turn for the worst ever since the teaser release, with people launching a full-scale attack on the film’s VFX and accusing it of grossly distorting Lord Ram, Sita, Ravana, and Hanuman. The film starring Prabhas, Kriti Sanon, and Saif Ali Khan is facing calls for its prohibition.

After Prabhas’ encouraging statements at the recent 3D teaser premiere in Hyderabad, however, there is renewed optimism among moviegoers. Prabhas, dressed in a white kurta, white slacks, and a white beanie, commanded attention during the occasion thanks to his assured demeanor and enthusiasm for the film.

The actor not only addressed the criticism but also vowed to do better in future performances. In his message to his followers, he begged them to be patient. From addressing public feedback on the teaser to making a major announcement on the film, a lot has changed! Take a look at some of the quotes from Prabhas’s recent 3D teaser launch speech below. 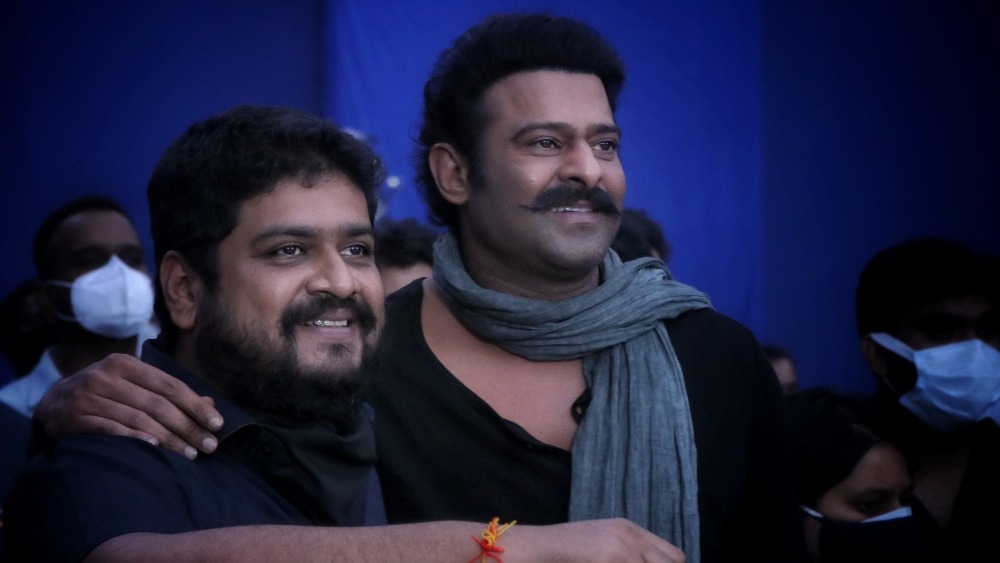 After viewing the 3D teaser, Prabhas commented, “It brought out my inner child the first time I saw it in 3D. It was a fantastic adventure. It was wonderful to see animals so close to the camera. This is a first for India; no other country has implemented such advanced technology. The movie is optimized for large screen sizes and 3D viewing experiences.”

As Prabhas pointed out, seeing Adipurush in 3D will provide moviegoers with a unique opportunity. He further assured that Adipurush’s team would produce excellent material in the near future.

While beaming, Dil Raju said, “Fans will tell, I’m very much confident,” in response to a reporter’s request that he encourage Prabhas.

Prabhas to Arrange a 3D Adipurush Teaser Show for Fans

Prabhas also revealed that they have set up 60 theaters so that fans may see the 3D preview of Adipurush. They were also identified as his most loyal followers. The Adipurush teaser, with Prabhas in the role of Lord Ram, was released with much fanfare in Ayodhya, on the banks of the river Sarayu.

The legendary epic, directed by National Award-winning filmmaker Om Raut, appears to be a visual extravaganza. Adipurush stars Prabhas as Raghava, Kriti as Janaki, Saif as Lankesh, and Sunny Singh as Lakshman. The visual effects were ridiculed, and questions have been raised about how Lord Hanuman and Ravan actually appeared onscreen.

Om Raut is set on not making any changes to Adipurush despite the criticism and demands to boycott the film. He finally stated, “We are taking into account everything that is being expressed about the picture. But when the movie comes out in January, I won’t let anyone down. Adipurush is one of the greatest and most-anticipated movies in all of India right now.

Kriti Sanon, Prabhas, Sunny Singh, and Saif Ali Khan are among the film’s main cast members. Since filmmaker Om Raut first revealed it, people can’t stop talking about it. The Ramayana, an Indian epic, served as inspiration for the movie.

The movie was made in both Hindi and Telugu at the same time with funding from T-Series Films and Retrophiles. As an added bonus, there will be dubbed versions available in Tamil, Malayalam, and Kannada.