In February, Season 10 of Vanderpump Rules will launch, and there will be no shortage of turmoil for the cast.

A new season of Vanderpump Rules is soon upon us, and it looks really delicious. In the new season, the old pals will face new drama and difficulties among the group.

When Does Vanderpump Rules Season 10 Premiere?

Can you believe it’s been a decade of #PumpRules?! Season 10 premieres February 8 – we’ll see you there! 👏 pic.twitter.com/1sDA8roFzo

Vanderpump Rules Season 10 starts on Wednesday, February 8 at 9/8c. You may view all previous seasons on Peacock. Garcelle Beauvais had a cameo in the Season 10 trailer for The Real Housewives of Beverly Hills, which you can view above.

Who Are the Cast and Friends in Season 10 of Vanderpump Rules? 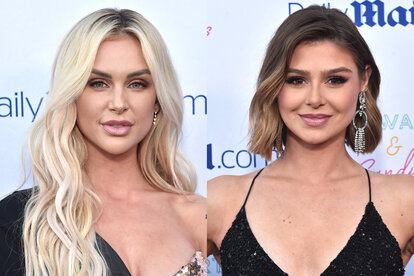 Lisa Vanderpump, Ariana Madix, James Kennedy, Katie Maloney, Lala Kent, Raquel Leviss, Scheana Shay, Tom Sandoval, and Tom Schwartz will all return for the upcoming season, which will introduce new shenanigans, drama, and even betrayal. Ally Lewber, the girlfriend of James, and Charli Burnett, an SURver, join the group, and an old buddy returns to the scene. Kristina Kelly, who has appeared intermittently in previous seasons of Vanderpump Rules, will be present.

What Can Fans Expect on Season 10 of Vanderpump Rules?

Well, the new season is filled with gossip, stunning confessions, ups and downs, and literally everything (and we do mean everything) in between. And, according to the press release, the personal and professional lives of the Vanderpump Rules cast members are crazier than ever.

Lisa Vanderpump, an ever-expanding restaurateur, launches Vanderpump à Paris in Las Vegas and is thrilled to become a grandma. Lisa continues to offer support and mentorship to her former and present staff, but cannot help but wonder if Tom and Tom have taken on more than they can chew by entering the restaurant business independently. 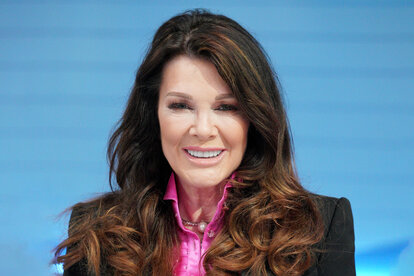 Tom Schwartz and Tom Sandoval devote their time, energy, and money to create Schwartz & Sandy’s, a cocktail lounge across town, without Lisa, thereby expanding the “Vander-verse.” With Schwartz learning to live on his own in the midst of his divorce and Sandoval pursuing popularity with his band, Tom Sandoval and the Most Extras, will the Toms realise that starting a bar is not worth the problems and heartaches?
Tom and Katie Maloney have separated after 12 years of marriage with the intention of a smooth breakup, provided they adhere to one agreement: no relationships inside the buddy group. When Tom begins a relationship with a member of the group, their well-intended desire for friendship becomes nearly difficult to sustain. Katie begins dating again with the encouragement of her friends Lala and Kristina Kelly.
Also Read: When Will The Crown Season 6 Release Date Come Out?

Lisa serves as a mentor and sounding board for Ariana Madix and Katie as they scout potential sandwich restaurant locations. Ariana, who desires to be the group’s peacemaker, finds herself caught between two bickering pals.