The women of Essex College are crystal clear about what they want: a new season of The Sex Lives of College Girls. Mindy Kaling’s new HBO comedy is just what we needed in these very unusual times, allowing us to vicariously experience the adventures of Kimberly, Bela, Leighton, and Whitney. Since the season has concluded, we can look forward to spending another semester with our favourite foursome.

Here’s Everything we know about the upcoming Season of The Sex Lives of College Girls.

Has The Sex Lives of College Girls Been Renewed Yet? Make yourself comfortable (but don’t spoil your spray tan): The Sex Lifes of College Girls has been picked up for a second season on HBO Max.

We’re coming back for another semester! 🎉 Can’t wait to rage even harder in Season 2 of @SexLivesOnMax ! 🔥 pic.twitter.com/KeNk8nG5ga

Additionally, table reads for season 2 have begun. Mindy shared a couple of photos from the event on her Instagram feed with the description, “Back at Essex College with these baddies. @thesexlivesofcollegegirls season 2 table read time!” No, seriously, I can’t wait any longer. 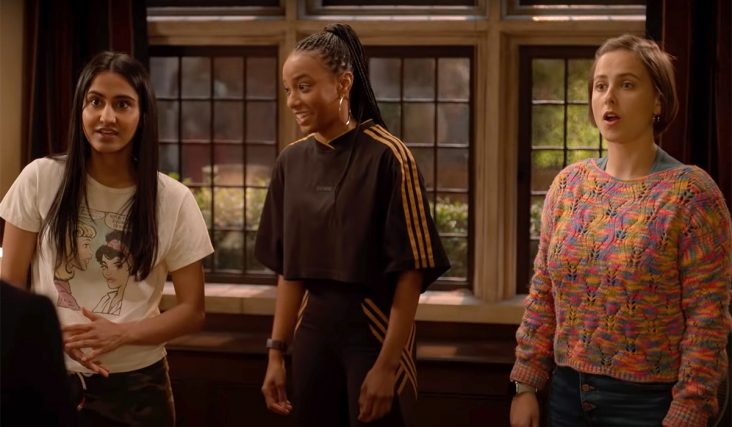 The Sex Lives of College Girls Season 2 is set to premiere on November 17, 2022.

Fans will be able to visit Essex College again this winter thanks to the November return of Sex Lives of College Girls. According to HBO Max, the debut will consist of two episodes, and further episodes will be released every Wednesday at the same time until the series concludes on December 15.

According to a prior interview with Entertainment Weekly, co-creator Justin Noble revealed that the season will begin immediately after the conclusion of the first, with the freshmen class of Leighton, Bela, Whitney, and Kimberly returning to school after the Thanksgiving break.

The girls are back together and ready to start another season of wild parties, including an underwear snow run and a campus strip performance (which Bela and Leighton are co-organizing!), as shown in the season’s trailer. In addition to meeting the new resident hall hottie, we also get a taste of the backstories of the various female characters (played by Mitchell Slaggert).

Also Read: ‘The Witcher’ Season 3 Will Be Release in Summer 2023 on Netflix! 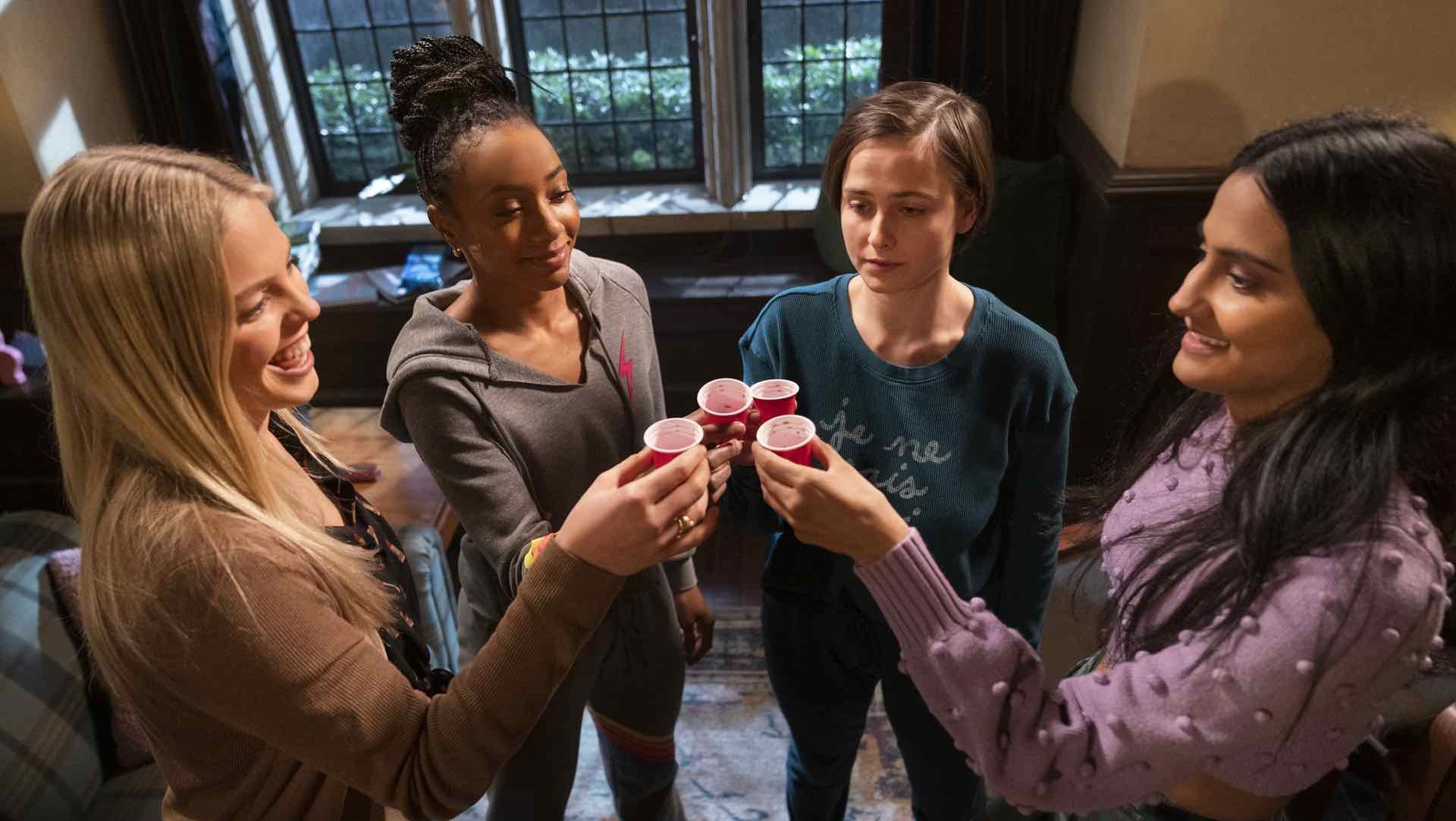 Let’s pick up with those freshman stars where we left off. To help her academic hearing, Kimberly stole examinations from Theta. While she was spared expulsion, the loss of her scholarship makes it extremely unlikely that she will be able to finish her education at Essex.

After Leighton and Alicia’s breakup, Leighton started dating Kimberly. With the help of some fellow female writers, Bela has left the Catullan to create their own comedy show. In the end, Whitney confessed to her mother about her affair with her coach. Holy cow!! Next year’s team will have a lot to build on. 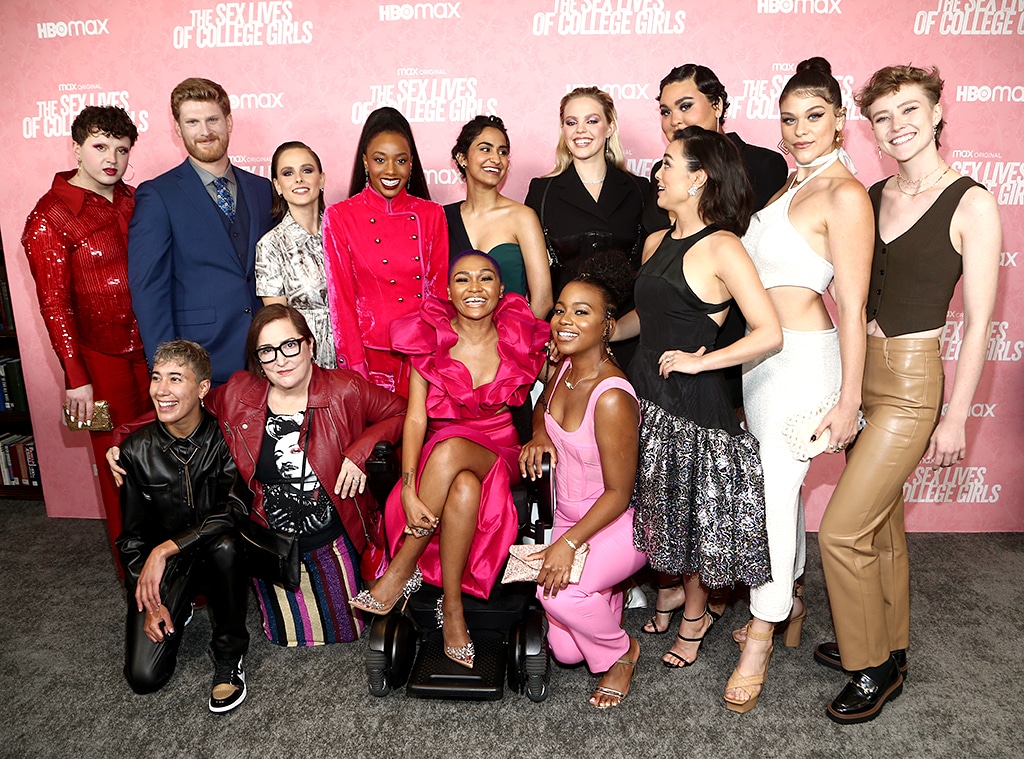 It’s a little hard to predict if everyone will be back next semester with everything that’s happening at Essex right now. We can only hope that Kimberly, Bela, Leighton, and Whitney will all return for more exciting get-togethers and high-stakes drama.

Is there anyone who won’t be back? Leatherwood, Gavin. As reported by Us Weekly, the actor has acknowledged to the publication that he left the show after the first season concluded.

“It was the most amazing thing I’ve ever done. “Mindy is fantastic, and the rest of the cast is so kind,” he said. But there are so many exciting possibilities out there that we want to keep branching out and guiding ourselves toward new ventures, so that’s the plan.

Even though we had to wait a little while, it appears like the time spent waiting was well spent. The official trailer has been released, and it looks like our favourite Essex housemates are up to no good in the dating department, as well as starting a business that makes us wish we could enrol just to get in on the action. Read on to find out more:

Another round of #TheSexLivesOfCollegeGirls heats up @HBOMax on November 17. pic.twitter.com/gagBikthkj