In March 2013, the genre-bending television series Vikings launched on the History channel. The series was influenced by the sagas of Ragnar Lodbrok, a semi-mythical Norse hero infamous for ravaging Anglo-Saxon England and West France. The cinema business is well aware of the popularity of television programmes based on various legends, but Vikings’ six-season tales of the early mediaeval Scandinavian Norsemen raised this excitement to a new level.

The historical drama Vikings ended after its sixth season, but its spin-off, Vikings: Valhalla, was offered on Netflix for a wider audience and was a huge success with viewers. The Battle of Stamford Bridge in 1066 marked the beginning of the Viking Age, the topic of the Netflix series. Season 2 of Vikings: Valhalla, created by Jeb Stuart, will shortly premiere on Netflix, continuing this sword-swinging, historical adventure with plenty of battles, murder, and betrayal.

The series has already been renewed for a third season, and the premiere of Season 2 is rapidly approaching. Here is what we know about the anticipated Netflix series that will premiere in January 2023.

When and Where Is Vikings: Valhalla Season 2 Premiering? 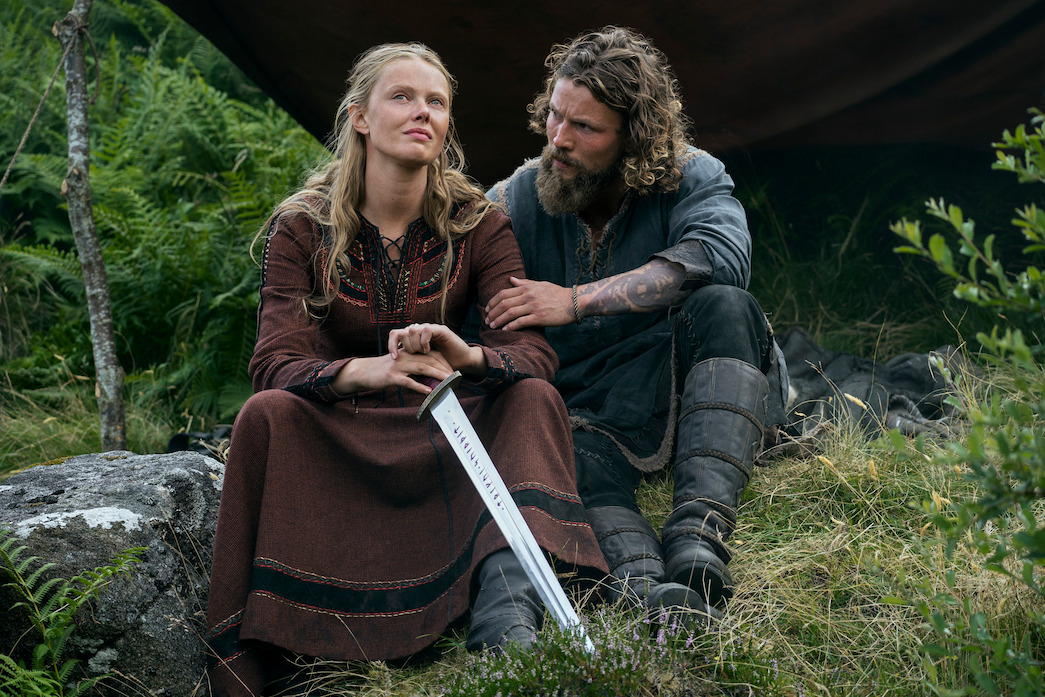 Within 24 hours of its launch in early 2022, the first season of Vikings: Valhalla garnered the most viewers on Netflix. In March 2022, after earning a 24-episode order in November 2019, the series was officially renewed for a second and third season.

On November 21, Netflix announced that the widely anticipated second season of Vikings: Valhalla will premiere on January 12, 2023. Similar to the first season, Season 2 will be exclusively accessible on Netflix for streaming. The eight episodes of the first season premiered on the platform on February 25, 2022, and reportedly received over 80 million hours of viewing in its first two days.

The show was officially extended for a second and third season in March 2022 due to its huge success. Collider also organized a special screening of the Season 2 premiere on December 7 in Los Angeles, where the show’s creator and actors were present for a Q&A and reception.

Is There a Trailer for Vikings: Valhalla Season 2?

On September 24, 2022, Netflix released the first trailer for the upcoming season. In November 2022, Netflix also released the first official pictures for Season 2 of Vikings: Valhalla prior to the return of the historical action drama. The Viking heroes Leif Eriksson, Freydis Eriksdottir, and Harald Sigurdsson are ready to make a desperate last stand against Olaf and his men in the first-look teaser. The film features breathtaking visuals representing the beginning of a devastating battle using fire cannonball attacks. In addition, a full-length trailer was recently released, which you can view below.

What Is the Plot of Vikings: Valhalla Season 2? 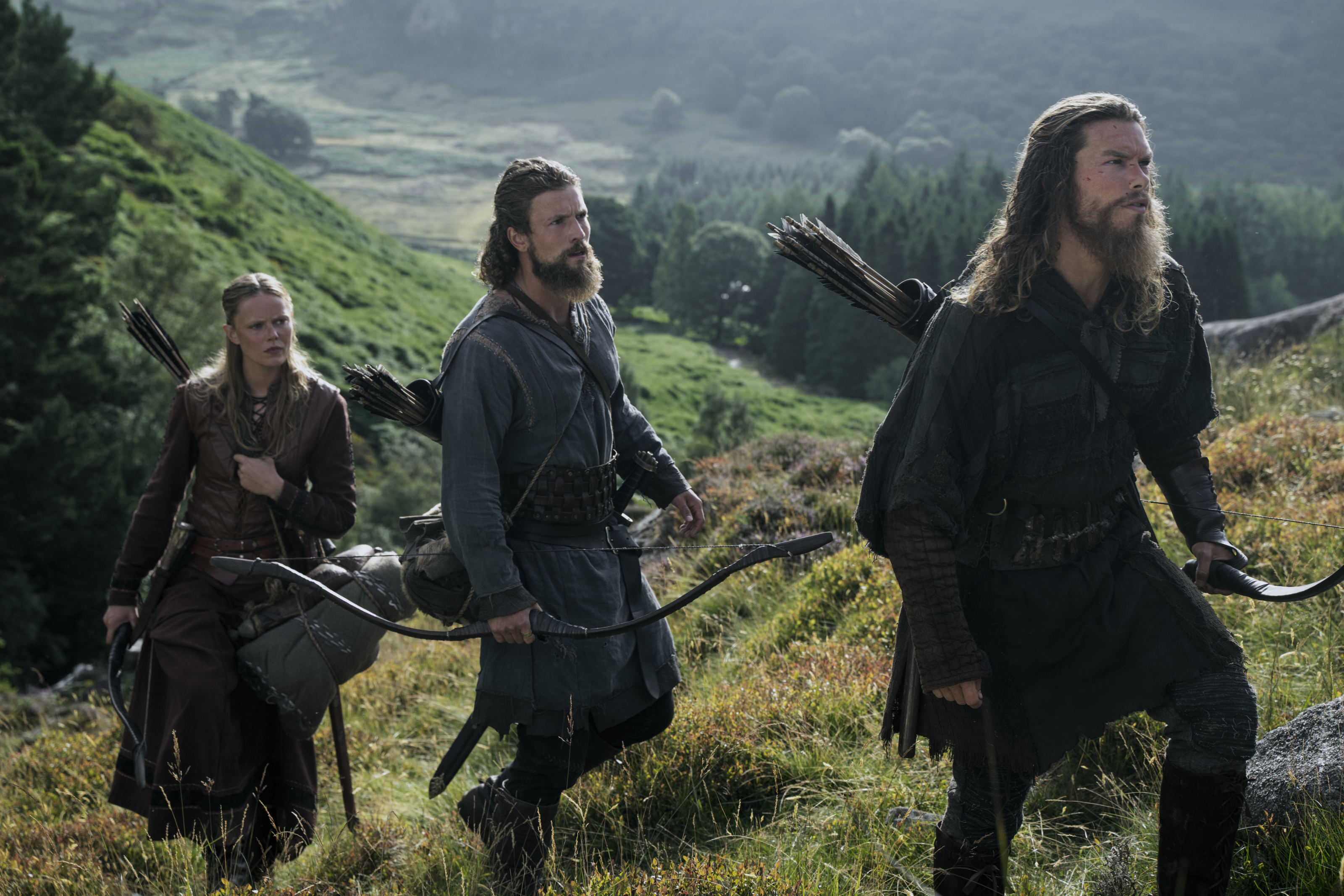 The second season will begin up where the first left off, with a heart-stopping cliffhanger depicting a blood-covered Leif wailing in agony after losing his girlfriend Liv in his arms. Harald Harefoot, the grandson of Forkbeard, discovers a number of Kre’s pals dead and a bloody Leif. The devastating collapse of Kattegat has an impact on Leif, Freyd, and Harald’s hopes and futures, which is where Season 2 begins shortly thereafter.

When they unexpectedly find themselves on the run in Scandinavia, they are forced to put their hopes and courage to the test in worlds outside their familiar fjords. According to a statement released by Netflix, the show’s creator, Jeb Stuart, said, “The entire premise of Season 2 is to force these three Scandinavian heroes out of their comfort zone.” The second season also ventures well beyond Northern Europe and Scandinavia.

Season 2 will have an abundance of tales and character arcs. Harald and Freydis’ interfaith romance will be further explored in Season 2 due to Freydis’ interference. Freydis will continue to explore what it means to be “The Last Daughter of Uppsala” while Harald attempts to become King of Norway, which will be easier now that Olaf has left. Given that he lost control in the Season 1 conclusion, Leif will likely also narrate his own story.

Who Are the New and Returning Cast and Characters in Vikings: Valhalla Season 2? 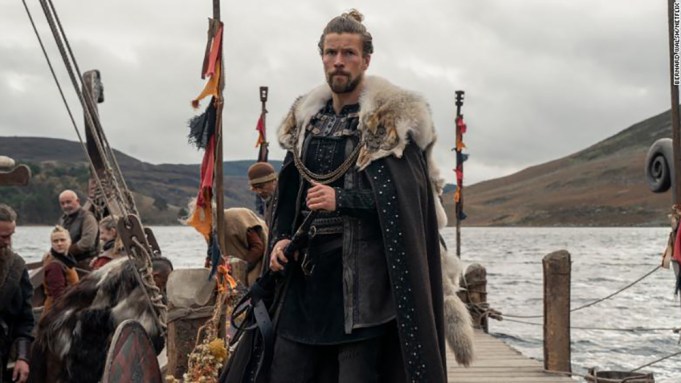 The majority of the main characters from Season 1 of Vikings: Valhalla remain in situ and are positioned for future adventures in Season 2. Season 2 of Vikings: Valhalla will include Sam Corlett as Leif Eriksson, Frida Gustavsson as Freyds Eirksdóttir, and Leo Suter as Harald Sigurdsson.

As detailed by the show’s creator, Jeb Stuart, Season 2 will introduce fans to an array of intriguing new characters, including lords, astronomers, and con artists. The season focuses on the world outside of Scandinavia and Northern Europe, and as such, new characters are introduced to keep the show continuing. So far, we are aware of four new individuals who will be essential to the second season’s plot.

Bradley James, star of the BBC television series Merlin, will portray Harekr, the lord of Jómsborg, a fabled Viking settlement where ultra-pagans flourished throughout the Viking Age. Even though he is a skilled fighter, he is a target for hunters like Olaf since he is a pagan. As a true Jomsviking, Harekr abides by a stringent set of standards. Historically, the Jomsvikings were faithful to their king and would fight to the death even if they disagreed with their leader’s decisions.

Hayat Kamille, known for Mosul (2019), Murder on the Orient Express (2017), and Death on the Nile (2022), will play Mariam, probably named after the brilliant astronomer, navigator, and mathematician from Baghdad’s House of Wisdom, Mariam al-Astrulabi. Mariam is a stranded astronomer in Novgorod in Vikings. She departed Constantinople and journeyed north to examine the skies and conduct studies on meteorites. She is a proficient speaker of Latin, Greek, Arabic, and Russian.

Film, television, and stage actor Marcin Dorociski will play Yaroslav the Wise in the second season of Vikings: Valhalla. He is well-known for his depictions of tormented, damaged characters. Yaroslav is the military dictator of Kievan Rus. Additionally, he is the uncle of Olaf and Harald. His recent appearance in The Queen’s Gambit, in which he portrayed a Soviet chess player, has generated great anticipation for his new part in the forthcoming season. Eleana, the fourth new character, is portrayed by Sofya Lebedeva. She is the dogged daughter of a noble Kyivan Rus individual.

Although Netflix has not released many specifics about her character, the mystery surrounding her is contributing to the show’s growing popularity. Sofya Lebedeva gained notoriety in the British television series McMafia for her portrayal of a girl who had been a victim of sex trafficking. In addition to Florian Munteanu as George Maniakes, Tolga Safer as Kurya, Jack Hickey as Richard II, Duke of Normandy, and Joakim Natterqvist as Birkir, Nikolai Kinski will play Emperor Romanos.