Actor, director, writer, and diplomat Sidney Poitier was born in the United States but raised in the Bahamas. Poitier was revered as a legend in the entertainment industry because he was one of the few actors still alive from the so-called “Golden Age of Hollywood.” When he became the first black man to win an Oscar for Best Actor in 1964, he received a great deal of acclaim.

At the beginning of his career, Sidney worked in New York’s theater scene. Later, he became well-known and was offered roles in films. In 1958, he co-starred with Tony Curtis in “The Defiant Ones,” a film that would eventually earn him an Oscar nomination. For his performance in “Lilies of the Field” in 1964, he was nominated for an Academy Award once again. He was successful this time.

Over the next several decades, he appeared in dozens of films in leading roles. Sidney eventually directed comedic features like “Stir Crazy.” Over the course of his career, Poitier has been honored with a plethora of accolades, including multiple Grammy Awards, a Screen Actors Guild Award, a British Academy Film Award, a Kennedy Center Honor, and the Presidential Medal of Freedom.

In Miami, Florida, Sidney L. Poitier entered the world on February 20, 1927. Poitier and his six older siblings grew up in a Bahamian Roman Catholic family. Both of his parents had farming backgrounds and made frequent trips to Miami to sell their produce.

An unplanned delivery of a son, Sidney, occurred during one of these trips to the United States. His first three months were spent in Miami, but he has since moved to New York. When he was a young child, his family moved to the Bahamas where he spent the majority of his time.

He qualified for citizenship because he was born in the country. Sidney went there with his family when he was 10 years old. At 15, he had joined his brother’s big family in Miami. Poitier uprooted to the Big Apple once again a year later.

Read More: Kenny Loggins Net Worth: How “The King of the Soundtrack” Attained $16 Million Worth?

Before his death in January 2022 at the age of 94, Sidney Poitier was worth $20 million, as reported by Celebrity Net Worth. But other wealth estimators, such as Wealthy Person, put Sidney Poitier’s wealth at around $25 million at the time of his death.

Poitier’s wealth was amassed over the course of his extensive, multi-decade acting career thanks to roles in numerous films and stage productions, including the aforementioned classics Lilies of the Field, To Sir, With Love, and A Raisin in the Sun.

The acting career was the primary source of income for Sidney Poitier. Numerous honors were bestowed upon him because of his outstanding performance on the job. Additionally, his time spent in the US Army earned him pension benefits. He was also a member of the Walt Disney Company Board of Directors. The films he directed have done well at the box office, and he has directed several.

It is estimated that Sidney Poitier was worth an astounding $21 million. His acting career, which spanned several decades, was the primary source of his immense wealth. Several of Poitier’s films were box office smashes.

Additionally, he directed a number of films, which contributed to his growing fortune. Poitier also served as an envoy for the Bahamas in Japan. His wealth was boosted by his position on the Walt Disney Company’s board of directors.

Read More: Jenifer Lewis Net Worth 2022: How “Black-Ish” Made Lewis A Millionaire Today?

Actor Sidney Poitier served in World War 11 with the United States Army. He lied to the Army about having a mental disorder and got out of serving. He returned to his old job as a dishwasher after leaving the military, and it was there that he met the director who would cast him in his first role with the American NEGRO Theatre. After the success of his debut film, “No Way Out,” he was cast in a number of other films.

Shoot to Kill, The Defiant Ones, Lilies of the Field, Stir Crazy, In the Heat of the Night, and Porgy and Bess are just a few of his many works. The films A Warm December, Ghost Dad, and A Piece of Action were all directed by him as well. The Walt Disney Company had him on its Board of Directors, too. His subsequent film roles included “Goodbye, My Lady” and “The Defiant Ones.”

Critics praised him for his performance in the latter role, and the movie was a financial success. Poitier received an Oscar nomination. During this time, Sidney was a regular on Broadway, with appearances in shows like “A Raisin in the Sun” and “The King and I.” The play was hailed as a watershed moment in the history of American theater, and its inclusion of Black culture marked a significant advance for Broadway.

During this time, he also managed to appear in films like “Porgy and Bess,” for which he was nominated for a Golden Globe. The film version of “A Raisin in the Sun,” in which Poitier starred, followed. Sidney became the first black person to win an Academy Award in 1963. He received the honor because of his performance in “Lilies of the Field.” Poitier was the only major black actor at the time, and despite his success, he worried that he was seen as a “token” in Hollywood.

As a result, he was cast in a variety of similar roles. As a result of these worries, Sidney had to take a short break from the film industry. He shifted his attention to music in 1964. That same year, Sidney collaborated with composer Fred Katz on an album titled “Poitier Meets Plato,” on which he recited passages from the philosopher’s works. 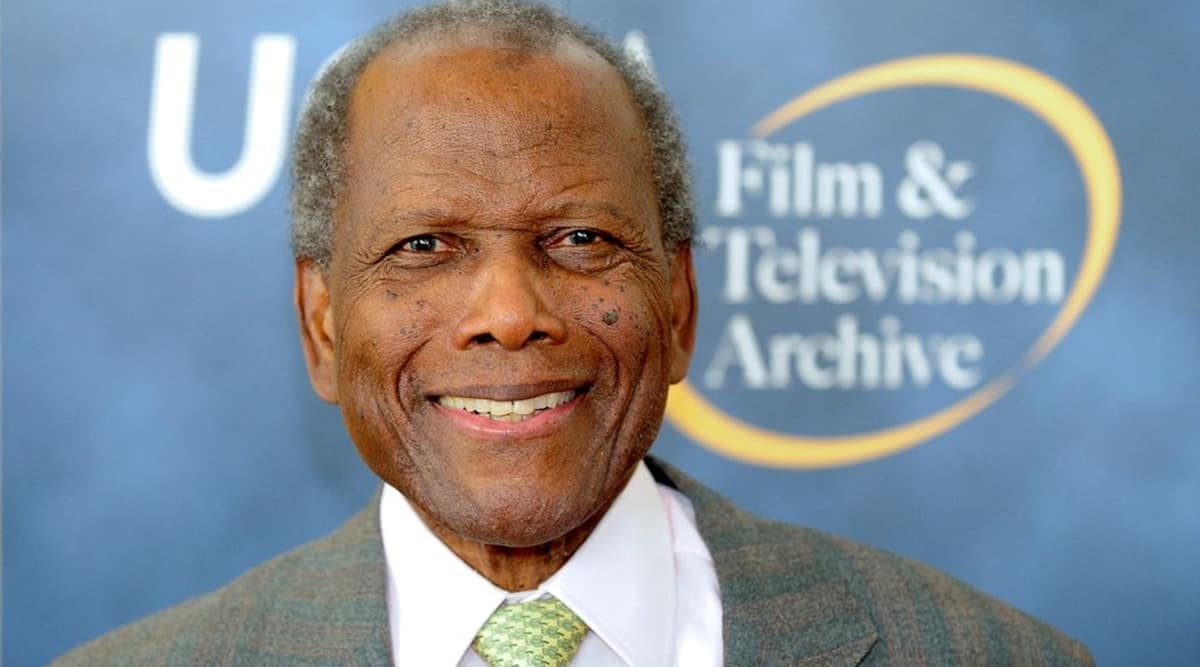 A number of films, including “The Bedford Incident,” “The Greatest Story Ever Told,” and “A Patch of Blue,” featured him over the subsequent years as he made his film acting return. Success with films like “To Sir, With Love,” “In the Heat of the Night,” and “Guess Who’s Coming to Dinner” in the late 1960s marked the pinnacle of his career. There was already widespread criticism of his portrayal of black characters as one-dimensional and uninteresting.

His roles typically involved quiet people who “never caused any trouble.” Over the next few decades, he appeared in many more films, and he even directed a few, including “Stir Crazy” (1980). Other films he directed include “A Warm December,” “Uptown Saturday Night,” and “Buck and the Preacher.” Although he was no longer a frequent participant in the entertainment industry, Poitier remained a fixture at the Academy Awards well into the 2000s.

In 1950, Sidney Poitier wed Juanita Hardy for the first time. Poitier’s affair with actress Diahann Carroll led to their divorce in 1965. His final years were spent with his wife, Canadian actress Joanna Shimkus, whom he wed after she became his companion.

As a result of his first marriage and his second, he is the proud parent of six children. Additionally, he was blessed with grandchildren and even great-grandchildren. On January 6, 2022, at the age of 94, Poitier passed away at his home in Los Angeles.