Gallagher, who was best known for his watermelon-smashing comedy routine and many popular specials in the 1980s, died Friday morning, according to his manager, Craig Marquardo. He was 76.

Marquardo told CNN that the comedian died “after a short battle with his health” and “passed away in Palm Springs, California, surrounded by his family.”

Gallagher, who was born Leo Gallagher, became well-known in the early 1980s because of a comedy special called “An Uncensored Evening.” This was the first stand-up comedy special to ever be shown on cable TV, according to an obituary that Marquardo shared.

Gallagher’s most famous bit was when he used a sledgehammer he made himself and called the “Sledge-O-Matic” to smash food on stage and spray the audience with it. 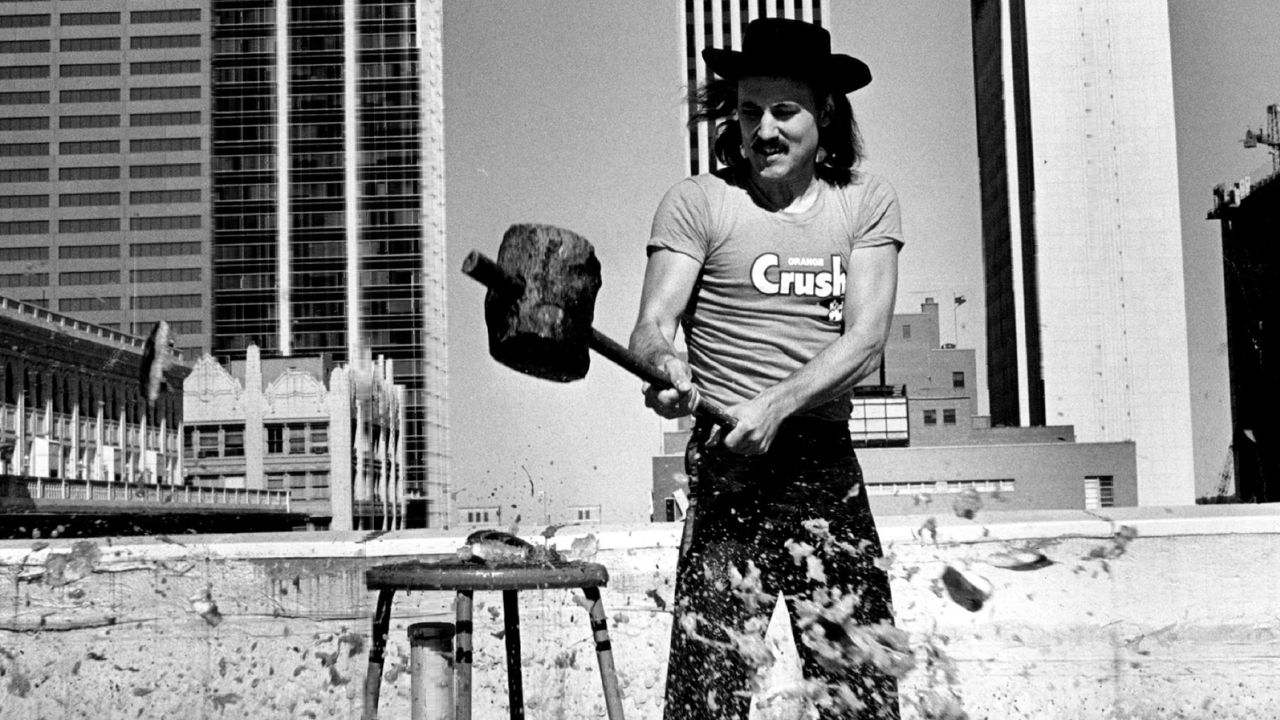 The obituary said, “He also liked to take credit for the way he physically involved the audience in this way.”

Gallagher was born in Fort Bragg, North Carolina. He went to the University of South Florida and got a degree in chemical engineering. He then moved to Los Angeles and developed his comedy act at The Comedy Store on the Sunset Strip, according to his biography on the website of a booking agency.

When he did prop comedy on Johnny Carson‘s famous “The Tonight Show” in 1975, people started to take notice.

But it was his comedy specials on Showtime in the 1980s that really put him on the map. He did more than a dozen for the network over a period of 27 years.

He was also a regular on MTV and Comedy Central when they first started.

“Gallagher stayed on the road touring America for decades while his peers went on to do sitcoms, host talk shows, and star in movies,” the obituary said. “He was pretty sure that, by attrition alone, he held the record for the most stand-up dates.”

Gallagher kept touring until the Covid-19 pandemic. During the break, he spent time with his son Barnaby and daughter Aimee, who had been on his specials when she was younger.