The NIA and ED have begun a widespread investigation into terrorist support organizations and individuals, including PFI. Over members of the PFI have also been detained.

Major searches were conducted by the National Investigation Agency (NIA) and the Enforcement Directorate (ED) in multiple locations across the states of Andhra Pradesh, Telangana, Uttar Pradesh, Kerala, Karnataka, Tamil Nadu, and others as part of a coordinated effort to eradicate the Popular Front of India (PFI). The ED, the NIA, and the state police have detained over a hundred PFI members and associates in various cases.

Over ten states have contributed to the arrests. Additionally, the Home Ministry is keeping a careful eye on the whole thing. According to reports, two PFI members living in Lucknow were also detained.

Home and business addresses of suspects in the “biggest ever investigation to date” are being searched for evidence of terrorism financing, terror training camp organization, and incitement to join outlawed groups.

The homes and workplaces of those suspected of financing terrorism, setting up terrorist training camps, or inciting others to join outlawed groups are being searched. 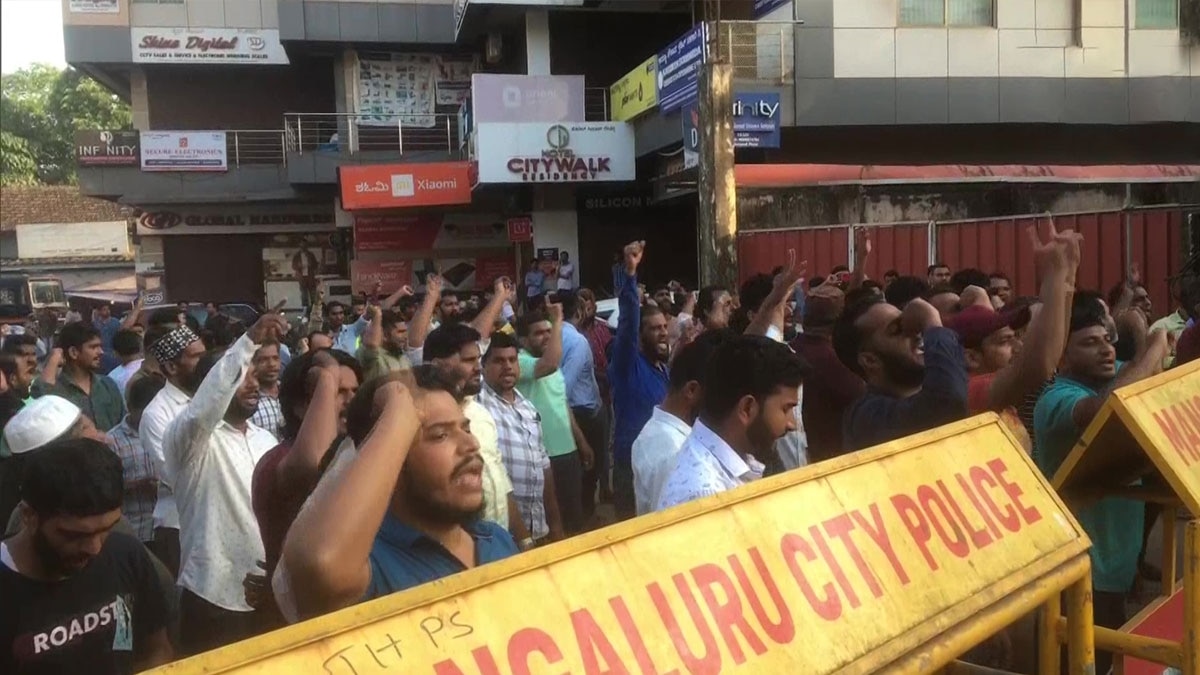 Nine individuals with ties to the PFI were also arrested by the Assam Police. According to ANI’s source, “Last night Assam police and NIA together began operation in the Hatigaon area, Guwahati and detained 9 men throughout the state related with PFI.”

The searches were conducted by about 200 NIA officers and raid team members. While in Mangaluru, PFI and SDPI protesters were arrested by the Karnataka Police.

More than 50 members of the PFI are protesting outside the party office against the NIA raid. pic.twitter.com/9jvCOEeZpp

ANI has learned that beginning at midnight, agents from the National Investigation Agency (NIA) and the Enforcement Directorate (ED) have been searching the homes and offices of PFI leaders, including that of OMA Salam, the PFI chairman in Manjeri, Malappuram district. Workers from PFI have gathered outside OMA Salam’s home in Malappuram to protest the ongoing raids.

“In Kerala, the NIA and ED launched simultaneous searches on multiple PFI offices. The leader’s home is being targeted in addition to the other 50 targets, “PFI State Secretary A. Abdul Sattar made the following statement.

“Most recently, the NIA and ED of the federal government conducted a midnight raid on the homes of popular front leaders in the state. Raids are being conducted on the homes of federal, state, and local officials. Also being raided is the state committee office. In a show of force against the fascist regime’s attempts to utilize agencies to stifle dissent, “the man continued.

The National Investigation Agency (NIA) has begun searching for PFI and SDPI-related assets in Madurai, Theni, Dindigul, Ramanathapuram, Cuddalore, Thirunelveli, and Tenkasi, among other cities.

On September 18, the NIA conducted raids in numerous areas across Andhra Pradesh and apprehended members of PFI for questioning their involvement in inciting violence and unlawful acts. Authorities also conducted a search operation at a residence in Nizamabad, a district in Telangana, and served a man with a notice ordering him to report to the NIA’s regional headquarters in Hyderabad. Twenty-three separate NIA search teams combed the districts of Nizamabad, Kurnool, Guntur, and Nellore all at once.