Massive explosions were seen throughout India on August 28 as the “illegal” Supertech Twin Towers were brought down. The three towers, which stood at a height of around 100 metres, were demolished with 3,700 kg of explosives, and more than 500 police and traffic policemen were stationed in the area.

People living and working in the area were told to leave, and roads were closed, all in preparation for the “demolition” of the nation’s tallest buildings. The Supreme Court granted an order to have the building taken down on Emerald Court Society property after determining that it was illegally built there.

Who is RK Arora?

A major player in the real estate markets of Haryana, Delhi, Uttar Pradesh, and other parts of northern India, RK Arora is a business mogul to be reckoned with. He runs Supertech, his own construction company, as CEO. He constructed a pair of residential towers in Noida’s Sector 93A. A neighbourhood complaint led to the dismantling of a building deemed illegal by local authorities. When it was revealed that RK Arora’s Twin Tower Noida skyscraper was built without the proper permits, the news about him spread like wildfire.

On August 28, 2022, the Noida twin towers that his business, Supertech, had constructed were demolished in compliance with Supreme Court orders. Sangeeta Arora is the wife of RK Arora. He also raised a son, Mohit Arora. The daughter of R K Arora, Mohini Arora, was killed in a car crash in London in 2016.

Read More: How To Get Ciao Filter on Snapchat: Why Users of Social Media Are Completely Hooked With It!

The controlled implosion of the Supertech twin towers in Noida has destroyed the buildings, but it has also dashed the hopes of many prospective homeowners. Many people who purchased apartments in the twin towers in 2009-2010 for sizable sums — by piecing together down payments and securing huge bank loans — now find that similar units are out of their price range.

Due to the Supreme Court’s ruling that the towers must be demolished for code violations, the construction company is offering refunds plus 12% interest. However, real estate agents claim that it is impossible to use the return to purchase an apartment because prices have grown so dramatically over the past decade.

In 2011, businesswoman Ekta Gupta bought the condominium with a Rs 30 lakh bank loan and a Rs 10 lakh down payment. As soon as she was approved for the loan, she began making payments. “When I didn’t receive the house in 2014, everything crashed for me,” she explained. A bitter lesson, according to Gupta, who has taken the matter to court.

“Even if I get the money back today with 12 per cent interest, I do not think I will be able to buy another home without paying additional money,” she stated. According to Gupta, in 2009, forty lakh rupees was a substantial sum, and she used it all to purchase an apartment. She can no longer afford to buy a home in that area now that it is ten years later. 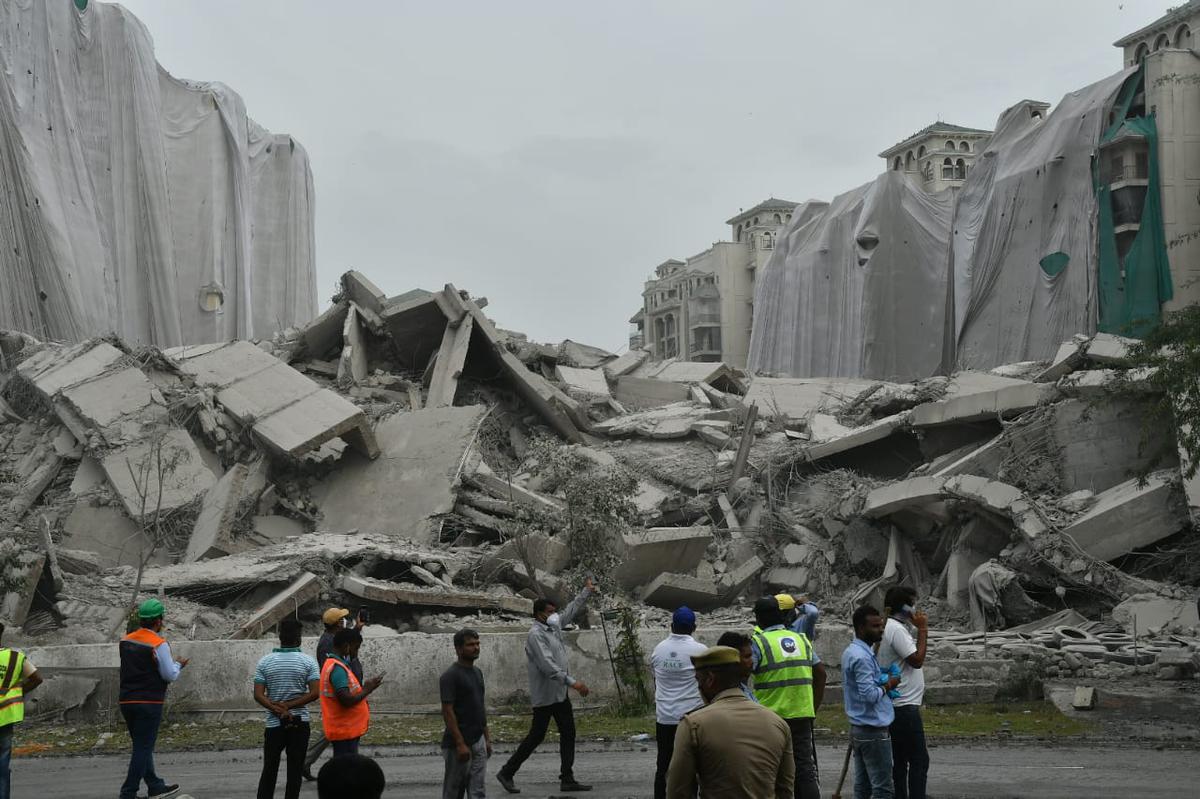 Agents in the real estate industry that Moneycontrol spoke with echoed this sentiment, saying that the refund sum received from builders will not be enough to purchase a luxury apartment in a high-rise building. In his own words, Noida real estate agent Mahendra Kumar remarked, “Apartments of this type now cost between Rs 7,000 and Rs 8,000 per square foot in India.

An apartment in a comparable building, such as Twin Towers, would cost above Rs 1 crore.” Apartments in Noida’s less-developed neighbourhoods, according to some real estate agents there, will cost at least Rs 6,000 per square foot, or somewhere between Rs 60 and 70 million. Brokers estimate that the homebuyers’ rebate would make renting a new apartment 40–50% more expensive. The consultant Lakhsmi Sivaswamy, who resides in a building close to the Twin Towers, made the following statement: “It’s tough to find a place to live with the refund money, much less a property in such a convenient neighbourhood.”

Demolition demonstrates the importance of builders being trustworthy with client money and on-time delivery of projects. According to Sivaswamy, “very few customers have gotten their money back to date.” Supertech had resolved claims for 652 of the 711 buyers of apartments in the two towers, while 59 buyers are still awaiting reimbursements totalling over Rs 14.96 crore.

Read More: Tyga A Popular Rap Artist Is Not Dead You Tube’s 2021 Prediction Video Proves That!