On the occasion of Lata Mangeshkar’s birthday, Prime Minister Narendra Modi paid tribute to the legendary singer and announced that a chowk in Ayodhya would be named after her.

The Prime Minister of India on Wednesday announced that a chowk in Ayodhya would be renamed after the legendary Indian singer Lata Mangeshkar in recognition of her many accomplishments and contributions to the Indian music industry.

Remembering Lata Didi on her birth anniversary. There is so much that I recall…the innumerable interactions in which she would shower so much affection. I am glad that today, a Chowk in Ayodhya will be named after her. It is a fitting tribute to one of the greatest Indian icons.

He then made a Twitter tweet, “On this, the anniversary of her birth, Lata Didi is being recalled. Innumerable interactions in which she showered me with love stand out in my mind. I’m happy that an Ayodhya Chowk is going to be dedicated to her today. A more deserving tribute could not be imagined for one of India’s most revered figures.”

In addition to the Prime Minister, many other notable figures have paid respect to the late singer-composer. On the occasion of her birth, many artists paid tribute to her with artworks.

Hundreds of songs benefitted from Lata Mangeshkar’s remarkable voice, which she began using in 1929. She reigned supreme in the field of playback singing for an extended period of time. Lata Mangeshkar, widely hailed as the “Nightingale of India,” passed away in February. 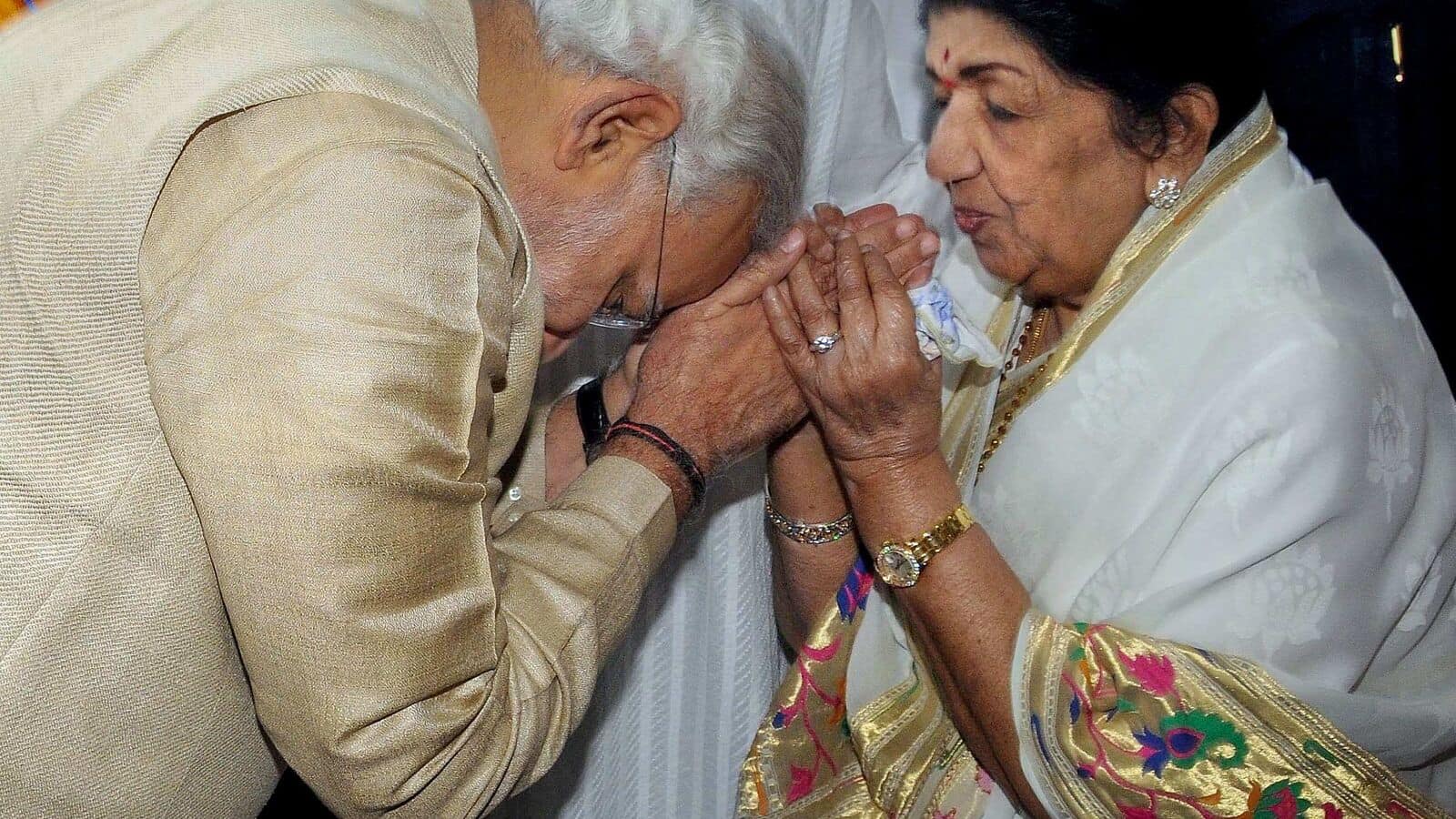 She has proven herself to be one of the most adaptable singers in Bollywood. On September 28, 1929, she was born in Indore to classical singer Pandit Deenanath Mangeshkar and his wife, Shevanti. Since her father was a musician, Lata Mangeshkar was exposed to music from a young age. Lata’s other famous siblings are the singers Meena Asha Usha and Hridaynath. They all learned to sing from their father.

As she kept producing smash hits for Bollywood, she quickly became a go-to for composers and moviemakers. In excess of a thousand Hindi films and thirty-six regional films include her singing. The music business was catapulted to new heights by her tasteful song selection and expert delivery. Almost every famous actress of the era would have had a song sung by Lata Mangeshkar.

Madhubala and Priyanka Chopra are just two of the many Bollywood actresses who have appeared in Lata Mangeshkar’s tunes. She performed both traditional gazals and popular standards. Lata Mangeshkar’s death has not diminished the indelible mark she left on the Bollywood film industry in India, nor on the hearts of her many fans.