British folks are now questioning if their country has air raid sirens or if the ones from World War II are still operational. Listed below is everything we have learned…

Air Raid Sirens Are What?

During World War II in the United Kingdom, air raid sirens were installed on the rooftops of tall buildings to increase their audibility. During an air raid, they would sound to warn residents.

Urban warning sirens were electrically operated and made two distinct sounds. This was the most well-known, and it was a rising and falling signal like a modern siren or alarm. 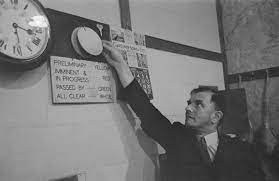 The second signal was the all-clear, which sounded as a single, unbroken note to let everyone know that the danger had passed.

Do Countries in The Uk Have Air Raid Sirens?

Recent reporting in The Week indicates that most Cold War-era air raid signals were decommissioned by the 1990s, making it unlikely that sirens would be utilized as a warning in the event of an attack.

The Telegraph estimates that it would take a nuclear-armed ICBM launched from Moscow or central Asia about 20 minutes to reach London.

“In the depths of the Cold War,” Hamish de Bretton-Gordon, a former chemical and nuclear weapons expert in the British Army, told The Telegraph, “we were quite prepared and there was an understanding an attack was a fact.”

In 2022, most of the preparation and construction that went into the “hundreds of bunkers around the country” has “gone into abeyance and disintegrated.” 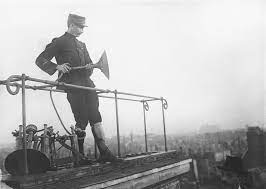 According to Gov.uk, a brand new service named “Emergency Alerts” will be introduced by the British government in the first few months of 2022.

These warnings are essentially pushed notifications to your phone or tablet that will inform you of any potential threats to your safety in the area and provide you with information on how to avoid them.

Even if your phone or tablet is set to mute, vibrate, or read aloud the warning, it may generate a loud siren-like sound when this service goes live. The duration of this is approximately 10 seconds.

If you receive an alert from the government, you are urged to immediately cease all activities and comply with its instructions. The authors admit, however, that “for most people, the chance of receiving an alert will be modest.”