Young Sheldon, starring Iain Armitage as a less jaded version of the character made famous by Jim Parsons on The Big Bang Theory, has been entertaining CBS viewers with the adventures of a 9-year-old Sheldon Cooper since its premiere in September 2017. The show is still popular (it reached the 100-episode milestone in March 2022) and is easily one of CBS’s most recognizable comedies, as it follows the young genius as he develops his talents.

Season 6 of the incredibly popular and heartfelt comedy series Young Sheldon is expected to premiere in late September 2022, prompting many viewers to wonder when it will return and what else they should know about the show. Relax; we’ll explain everything we know about the next part of the young Sheldon Cooper’s story.

CBS has announced that the premiere of Young Sheldon Season 6 will take place on September 29 at 8:00 p.m. That means the show will continue to play a significant role on CBS’s comedic Thursday night lineup. A large fan base had developed over the course of the show’s first five seasons, so there was no reason to relocate it.

It's official— the Coopers are back September 29th with season six of #YoungSheldon on @CBS and @paramountplus! pic.twitter.com/0wkNjNvJ0r

In order to follow Sheldon and the Cooper family on their exciting adventures, viewers can tune in on the same night and time every week. Season 5 is now available on HBO Max for dedicated viewers to binge. On CBS at 8 p.m. ET on September 29 is the premiere of Young Sheldon, season six.

Read More: Seal Team Season 6 Review: Where David Boreanaz and Co. Deal with The Stress of Warfighting and Homefront Living!

CBS Entertainment president Kelly Kahl told The Hollywood Reporter in 2021 that the show’s “unavoidable hook for the millions of fans who tune in each week is the humor, warmth, and heart exuded by the Cooper family.” This show explores the formative years of the famous Big Bang Theory character Sheldon Cooper.

The series is an offshoot of The Big Bang Theory. Sheldon was a 10-year-old genius in 1990 Eastern Texas, where everything but football and religion seemed to matter. Don’t forget that last season ended on a cliffhanger with young Sheldon trying to persuade his parents, especially his mother, to let him attend college.

His mother was hesitant to let her brilliant child leave because he is only 11 years old. As we saw, though, Sheldon’s father, George Sr., thinks that sending his son to college is the best way to ensure that his son’s knowledge is thoroughly grounded. It is already common knowledge that Sheldon regularly attends physics lectures at Eastern Texas Tech.

Therefore, it will be practical for him to finish school. Season 5 begins with Sheldon and Missy leaving the house and Mary receiving upsetting news about George Sr. We can now hope that in the next episode, Sheldon will encourage Missy to question the Bible’s authority. Meemaw is determined to catch George Sr.

in a lie, and Mary will help Pastor Jeff find a youth pastor. Sheldon plans to coax Dr. Sturgis back to the hospital. When Georgie makes a significant choice in his life, it will inevitably lead to tension in the family. It won’t take long for Sheldon, Missy, and Georgie to feel at home in their new digs. Meemaw plans to open a gambling establishment as well.

The entire cast is scheduled to return for season six at the time of this writing. Since this is Sheldon’s second year of college, we can anticipate some fresh faces in the upcoming season. The series’ original narrator, Jim Parsons, is back to give viewers a window into young Sheldon’s mind. Here are some of the other regulars who will likely be back:

Young Sheldon Season 5: What happened in the Last Season?

For the first time, viewers of the series will be able to see where the show is headed in the next season in the Season 5 finale. Released on May 19, 2022, the episode is titled “A Clogged Pore, a Little Spanish, and the Future.” Alex Reid helms the episode, which was written by Steve Holland, Eric Kaplan, Yael Glouberman, Steven Molaro, Nick Bakay, and Nadiya Chettiar.

According to the official episode synopsis, “Sheldon struggles to cope with the first signs of puberty; Mary and George Sr. both hunts for new jobs; Georgie and Meemaw take a business trip across the border.”Check out the CBS Network’s official promo for Young Sheldon Season 5 Episode 22: A Clogged Pore, Some Spanish, and the Future, which offers a sneak peek at the season’s plot.

During the episode, viewers saw George resign after learning that Coach Wilkins had been offered the head coaching position at the high school. Since working at Dale’s store isn’t going to be enough for George and Mary to make ends meet, they look to the newspaper classifieds for opportunities.

George is taken aback when Mary reveals she needs just one good thing in her life, and as a result, Mary gets a job working with Brenda Sparks at the bowling alley. To help out with the baby’s expenses, Georgie decides to sell cigarettes in the gambling area. Connie goes with him to Mexico in search of a cheap supply.

Young Sheldon Season 6: Where To Watch? 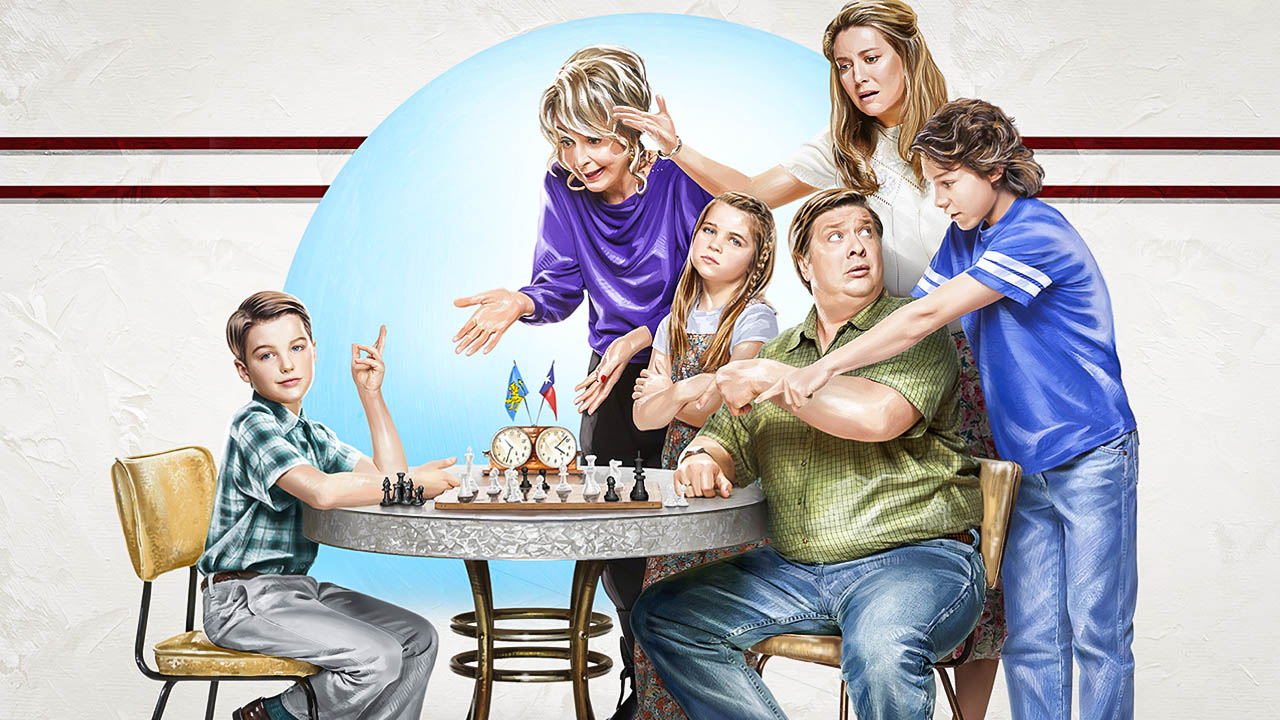 CBS has announced that they will be airing season 6 of Young Sheldon. If you have cable or a Paramount Plus subscription, you can watch CBS. Young Sheldon and other CBS shows are available on FuboTV, Hulu with Live TV, YouTube TV, and DirecTV Stream for those who no longer subscribe to traditional cable.

Young Sheldon is likely coming to the UK via Paramount Plus, but we haven’t heard anything official about this yet. We’ll be sure to share any updates with you as soon as we get more info.

Is there a trailer for Young Sheldon season 6?

The long wait for the new season of Young Sheldon is made that much more difficult by the release of a short teaser.

Take notes, class— we're back in two weeks with the season six premiere of #YoungSheldon! pic.twitter.com/SzVBXFA2hp