It is in the genes! As with her sisters Kim Kardashian, Khloé Kardashian, and Kylie Jenner, Kendall Jenner has been the target of plastic surgery rumours over the years. Fans have repeatedly speculated about her metamorphosis, ranging from a nose job to lip fillers to a full facial reconstruction. Continue reading to discover what Kendall has to say about the history of plastic surgery.

Did Kendall Jenner Get a Nose Job? 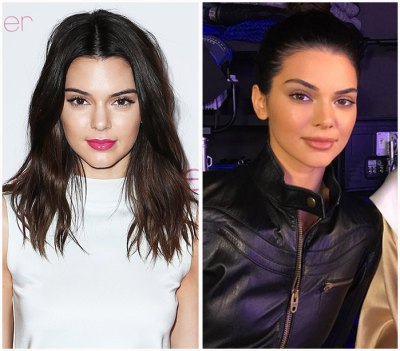 Longtime Keeping Up With the Kardashians followers have questioned whether the reality star underwent rhinoplasty, despite Kenny’s denials. Dr. Alessi of the Alessi Institutes and the Face Forward organization, who has never worked with Kendall, previously discussed how the model’s nose has transformed with Life & Style.

“The shape of the lower lateral cartilage in the tip is visible and appears to have been diminished. The nasal bridge looks to have shrunk, according to the trained plastic surgeon. This is beyond what one would expect with only cosmetics and a smile.

Also Read: How Does Wendy Williams Look Before Plastic Surgery?

Does Kendall Jenner Have Lip Fillers? 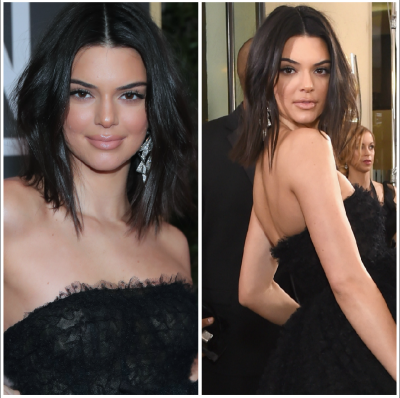 The Vogue cover girl addressed plastic surgery rumors in 2017 after she was discovered on Instagram sporting a fuller lip, which became a huge topic of discussion.

“Suddenly, photographs of us surfaced with headlines such as ‘OMG Kendall had her lips done and underwent full facial restoration — look at her cheekbones and nose!’ I thought, ‘This is just insane,'” Kendall Jenner explained on her app, which has since been terminated. “At the time, I didn’t even address the issue. Because if I bring it up, people will think, “Oh, she’s defending herself, so she must be guilty.”

She further maintained that since she was already a working model, undergoing plastic surgery would not benefit her. Why would I, as a model, get my face reconstructed? Kendall added. “It doesn’t even make sense.”

The Hulu actress continued, “It’s crazy because I sometimes feel like everyone wants me to fail.”

Kylie addressed the incident via social media as well. “I over-lined Kendall’s lips with lipliner today, and everyone believes she got lip injections,” she informed followers at the time. “I’m sorry, Kendall.”

As seen below, the model was again the focus of lip injection rumors in December 2021, when she posted a mirror picture on Instagram Stories with a considerably thicker upper lip. Fans discussed on Twitter whether the issue was caused by fillers or excessive overlining.

In January 2018, admirers claimed that the native of Los Angeles had received lip fillers since her lips were fuller than usual on the red carpet. However, she once again attributed her fuller-looking lips to “overlining.” In March 2022, she again sparked fan discussion after posting an Instagram Stories video of her pout appearing particularly big and pillowy.

Also Read: How Does The sarah cameron Look Before Plastic Surgery?

How Did Kendall Jenner Clear Her Skin? After tweeting about her acne, Kendall urged her followers to “never let that s—t stop you,” saying, “OK, but @KendallJenner strutting her acne while looking like a gorgeous star is what every girl needs to realize.”

Years ago, Kendall disclosed her skincare struggles. “What truly affected me was how self-conscious I got as a result. It destroyed my self-esteem entirely,” she said on her blog in 2015. “I never even looked at people when I spoke with them. I felt so ostracised that I covered my face with my palm whenever I talked. Sure, I had crushes in high school, but I never ever considered looking at boys.

The Estee Lauder brand ambassador stated, “I want everyone to understand that this has been a process; it did not occur overnight. I’m just in a much better position about it all now that I’m older.”

Also Read: Deepika Padukone Before and After: Take A Closer Look Into Transformation Of Actress Over the Years!

Did Kendall Jenner Get a Boob Job?

In an attempt to establish that the reality star had received a breast augmentation, side-by-side images of Kendall from 2019 and 2020 surfaced online in April 2021, reigniting accusations of plastic surgery.

“My sisters are curvier than I am,” she previously told The Telegraph. “They have breasts when I have not. Growing up as a scrawny child, I would look at my sisters and wonder, “Am I expected to be more seductive like them?”

In July of 2022, when Kendall’s butt appeared larger in an Instagram Story post, followers once again accused her of plastic surgery. Users of social media noted that Kendall’s buttocks appeared fuller, with some asking if she had received butt injections. However, she has not yet addressed the rumors.