Motorola phones are updated with a new feature which suggests entertainment content, news updates all around the world, shopping deals and games for the users as per their interests, that too without even searching for it. Isn’t it awesome? 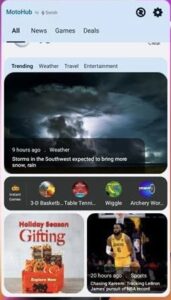 Entertainment folder provides entertaining content which is of interest of the user as per the searches made by the user and has access to the latest news as well in the home screen in accordance with the users choice and interests all at one place only. So, no looking for the entertaining content on different applications that we usually used to do before the MotoHub feature as now we can get it without even searching for it and that too on your motorola home screen only through My Motohub widget. 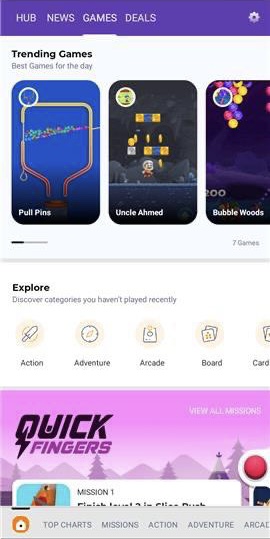 Shopping folder is going to be girl’s personal favorite of all the folders offered by this update in motorola home screen, as this folder provides the hot selling shopping deals to users as per their choices and requirements, without even searching for it on the internet and the users always updated about the offers and deals for my online shopping. So, all the shopping freak people out there, your problem is solved here by motorola folders and this can help you save money and makes your shopping experience easy. You can have the first mover advantage too as all the tending deals get flashed here so purchases can be made on time without any hassle to check deals and search for them on browser.

It’s solving the big boredom by suggesting a lot of games on the home screen only which a user can play without even downloading it and the games arcade caters to games for all age groups so that everyone can enjoy and play games as per their own interests and desires.

So, this Motohub by Swish is increasing the productivity of smartphones and efficiency of the smart phones as user won’t be wasting time in searching for entertaining content, shopping deals & trending games on internet. Motohub widget is going to tap the hidden potential of your home screen and increase the smartphone utility with its new MotoHub feature.