She was designed as a cross between Q, the snooty gadget guy from James Bond, and Edith Head, the Oscar-winning costume designer from Hollywood. But Edna Mode, the magnificently imperious superhero costume designer presently stealing scenes in Pixar’s The Incredibles, is such a dead-on parody of self-absorbed creative genius fabulousness that spectators are reading a large gallery of resemblances into her tiny face. “I’ve heard maybe fifteen different people that she resembles,” says writer-director Brad Bird. 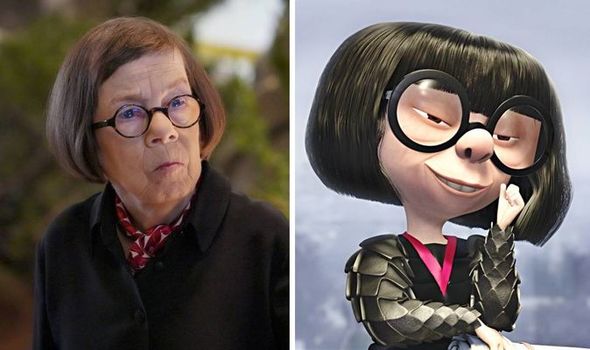 Bird refuses to acknowledge any direct inspirations, maintaining that “flamboyance and enormous glasses go hand in hand.” But Pixar artist Teddy Newton, a codesigner of the character, adds that he and the Pixar team did study 1995’s Unzipped, a fashion-industry documentary that highlighted the petulant ways of, among others, Isaac Mizrahi and former Vogue editor Polly Mellen.

As for Edna’s sarcastic vocals, Bird himself is responsible. After recording the initial “temp tracks,” he approached numerous women (including Lily Tomlin) about taking over the part, but was ultimately persuaded to continue in it. He obviously has a warm spot for Edna. “I was never pleased with the notion of a huge hero stitching in the basement,” he explains. There had to be someone else designing all of these colourful costumes…some sort of designer/scientist hybrid. She is a raving fashionista.